Server Issues: No doubt about it: Midsummer Festival was a great hit. SSG was ready to move onto the next thing. Update 27.2 was being tested on Bullroarer with several new changes when suddenly problems started to pour in. After the unusual Tournament of the Twins event on Bombadil, things started to get very messy for the servers. For roughly 9 days, the servers were having issues and SSG wasn't telling the people what was wrong. Things only got worse when the deadline for the festival was massively approaching and people were not able to transfer their characters off the PVP Server like SSG promised. Eventually, SSG apologized by giving out some free stuff and reimbursing people 5 days of VIP Time and 250 lotro points. Although the servers are functioning, people still feel the results of what happened to them weeks later.

The Patch: There were three primary things added with the patch: Rohan Housing, Class Equality with mechanics, and Festival fixes. Although the Midsummer Festival was extended, the patch came out too late to fix the festival bugs. Update 27.2 came out a day after it ended. They also had the audacity to "throw in" the race change token, only to update it moments later with "Coming Soon". They added multiple class changes: hunters can now interrupt from range and remove corruptions without health stipulations, wardens get a new interruptable skill, rune-keepers gain a new corruption removal skill, and captains can now taunt without being in tank-line (yellow-line). The PVP Server must have had some effect as a lot of abilities can now be gained earlier at level 20. We finally managed to get Rohan Housing in the game and it seems they didn't change one thing about it since its preview on the test realm in February. The neighborhood has been out there for all to see since then and the kinship visitation has been in for about a month. They did make a big deal about Rohan Houses though. However, they did sort of forget to mention a few details.

Rohan Housing Rush: There are two neighborhoods with 1 mead hall, 1 special house, and 9 standard houses. A couple of things were confirmed. There would be no kinhouses because they didn't want to de-value the ones on the islands in Gondor. The first day we had neighborhoods occupying A-C by 10am. Everytime the server ran out of mead halls, they would add 3 more neighborhoods. By 3pm, those neighborhoods advanced to F. Approximately four days later, they had run into S. It appeared by the following day that they had reached the end of the alphabet with no more mead halls available. The cheapest house was around 422 Mithril Coins when the mead halls were priced at around 894 Mithril Coins. People were excited to see the new hooks... until they realized that columns and firepits could only be slotted in mead halls. At least all Rohan houses had plenty of new light slots to utilize. You can now decorate your house with mounts and pets... at a price they conveniently left out of the preview. You get enough Hitching Posts for your mounts proportioned to the house you bought, but slotting a pet costs you 20 Mithril Coins each. People were not happy about the overall pricing at all. The fun part is the Anniversary Pig does still shoot fireworks and all pets seem to roam around when you slot them.

Current Neighborhoods with kinmates: The Bickley Neighborhood is probably the most populated. Frostpaws owns the mead hall at 1 Ridge Road with Sylver (formerly known as Sylverlynx) is next door at 8 Ridge Road with both going a traditional look. Elaelin is 6 Ridge Road. She shall be having a lot of snowmen and cats. Melde house is still a work in progress over at 3 Ridge Road. Smellybear has his winter home at 1 Peak Way. Shatterbone lives at 4 Ridge Road. I also recommend checking out Nellae's most highly-decorated house over at 5 Ridge Road. At the time of this writing, 2 Ridge Road and 7 Ridge Road are both still availble. I've also extended my decorating hand to a few others: Tidbit at 8 Colt Road, Stackslow inside his special cave behind the house, Smellything at 2 Colt Road, Cobberton with his giant mead hall, and Meldhildir at 5 Ridge Road, Arminghall. It looks like Tiglorian waited for the guys to lay down the carpet in his house at 3 Peak Way, Avercombe while he renovated his tower. Walaran house can be found over at 5 Colt Road, Evermead. 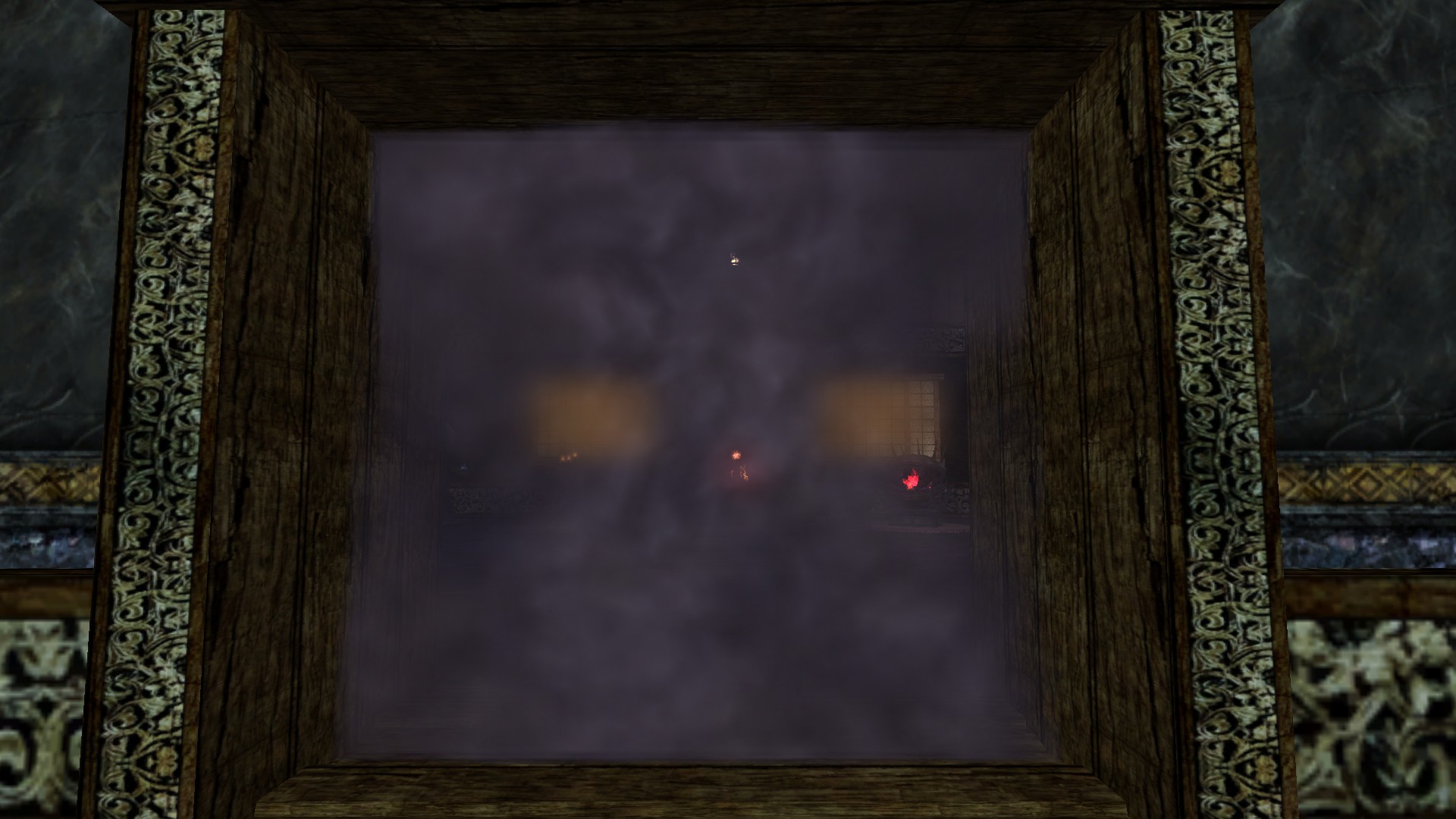 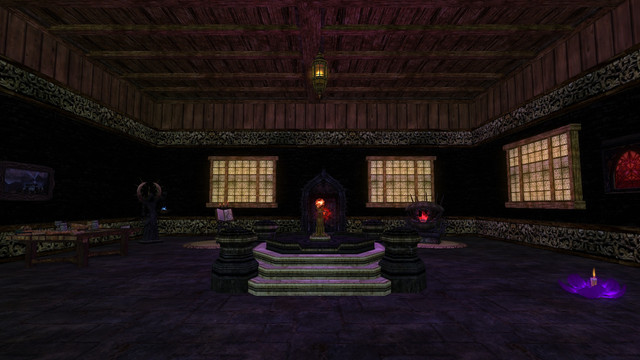 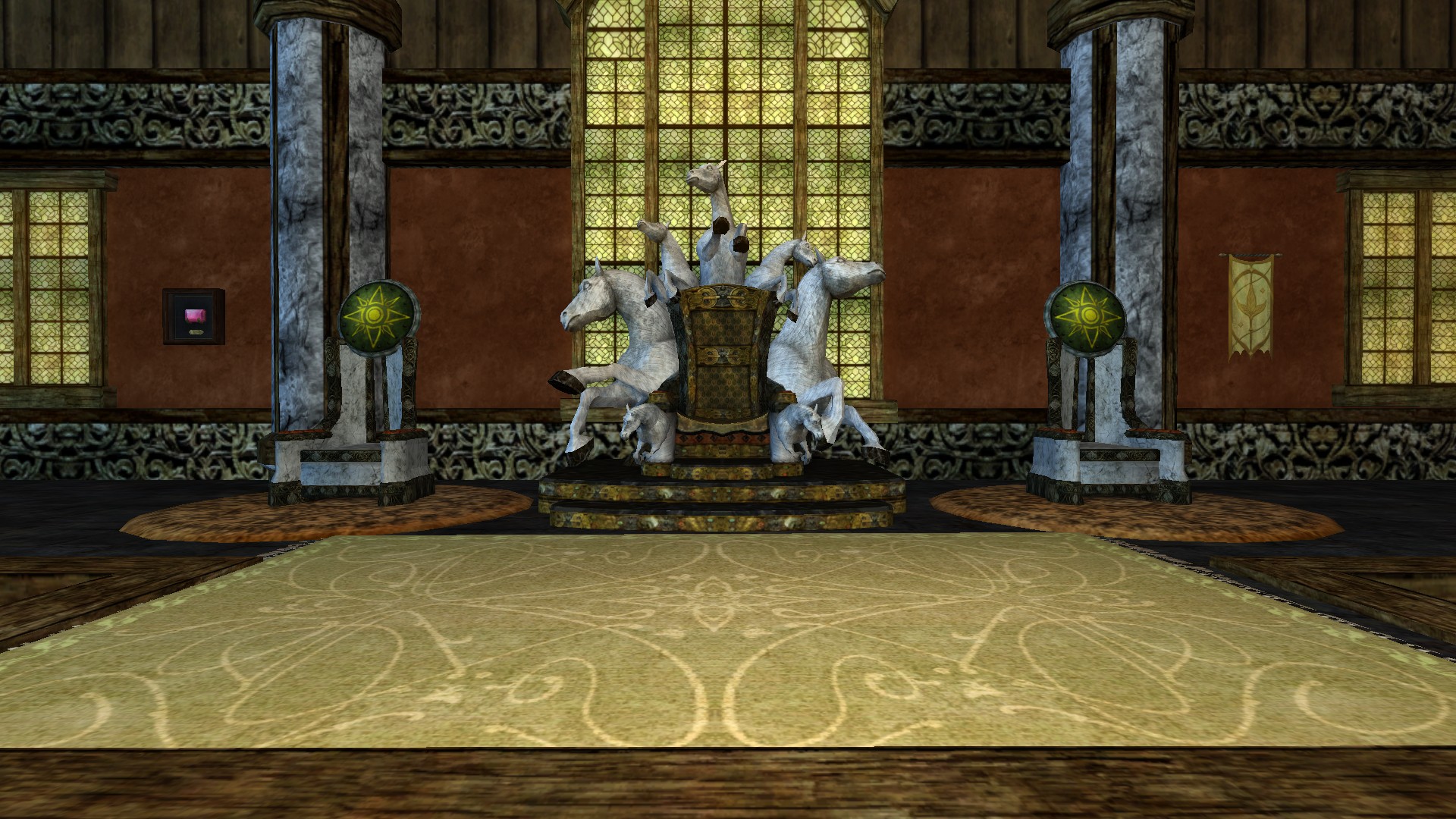 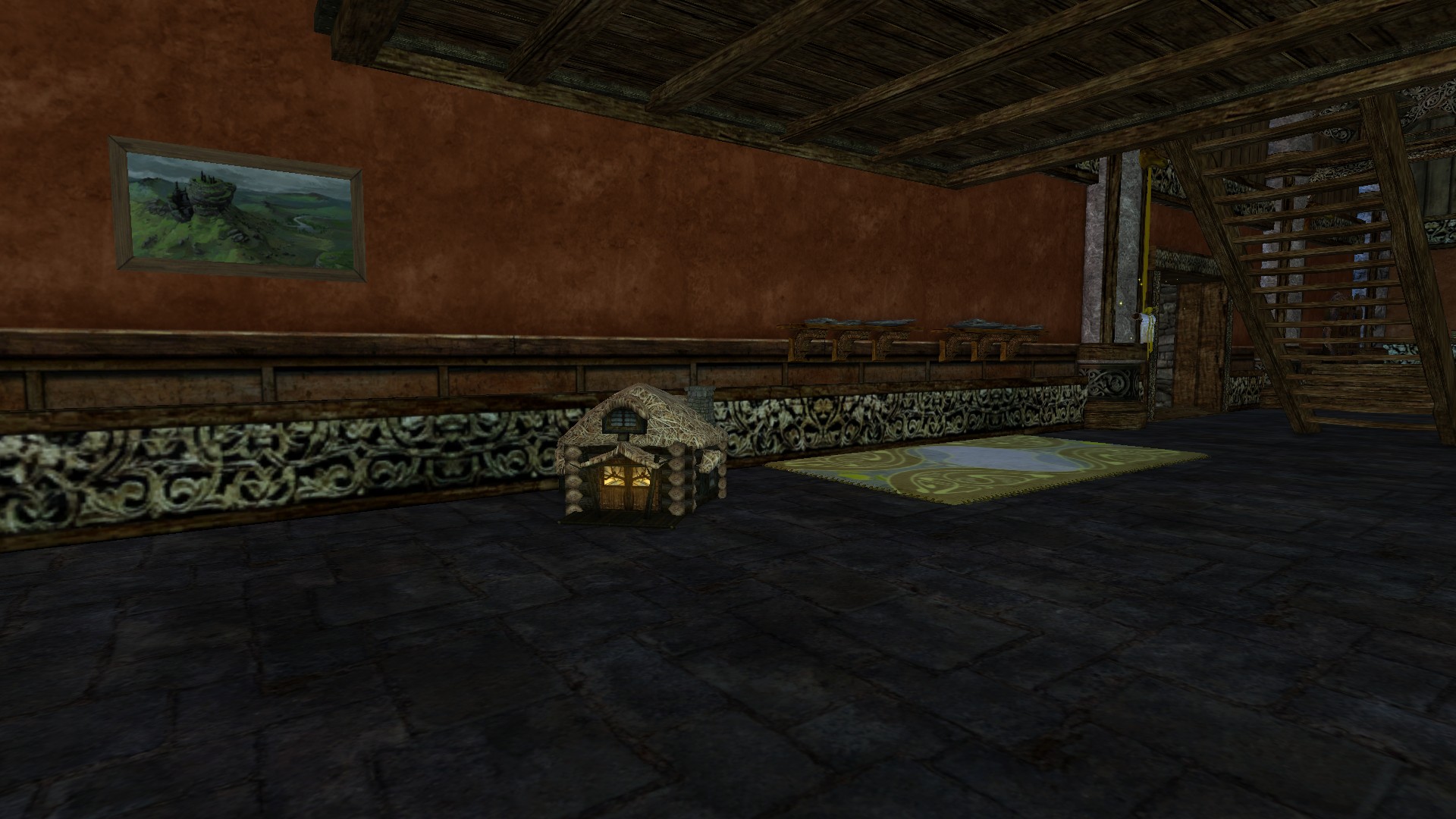 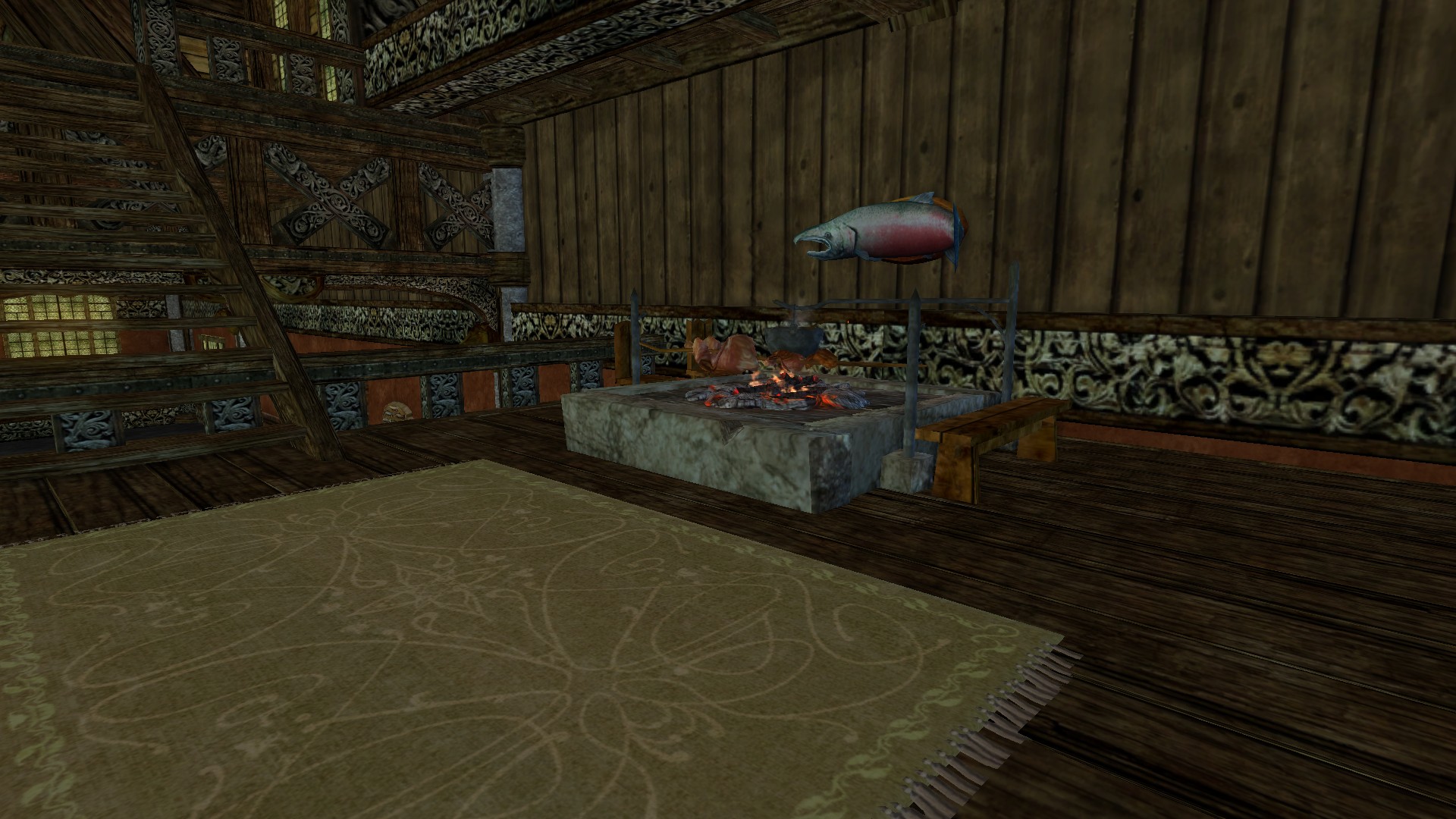 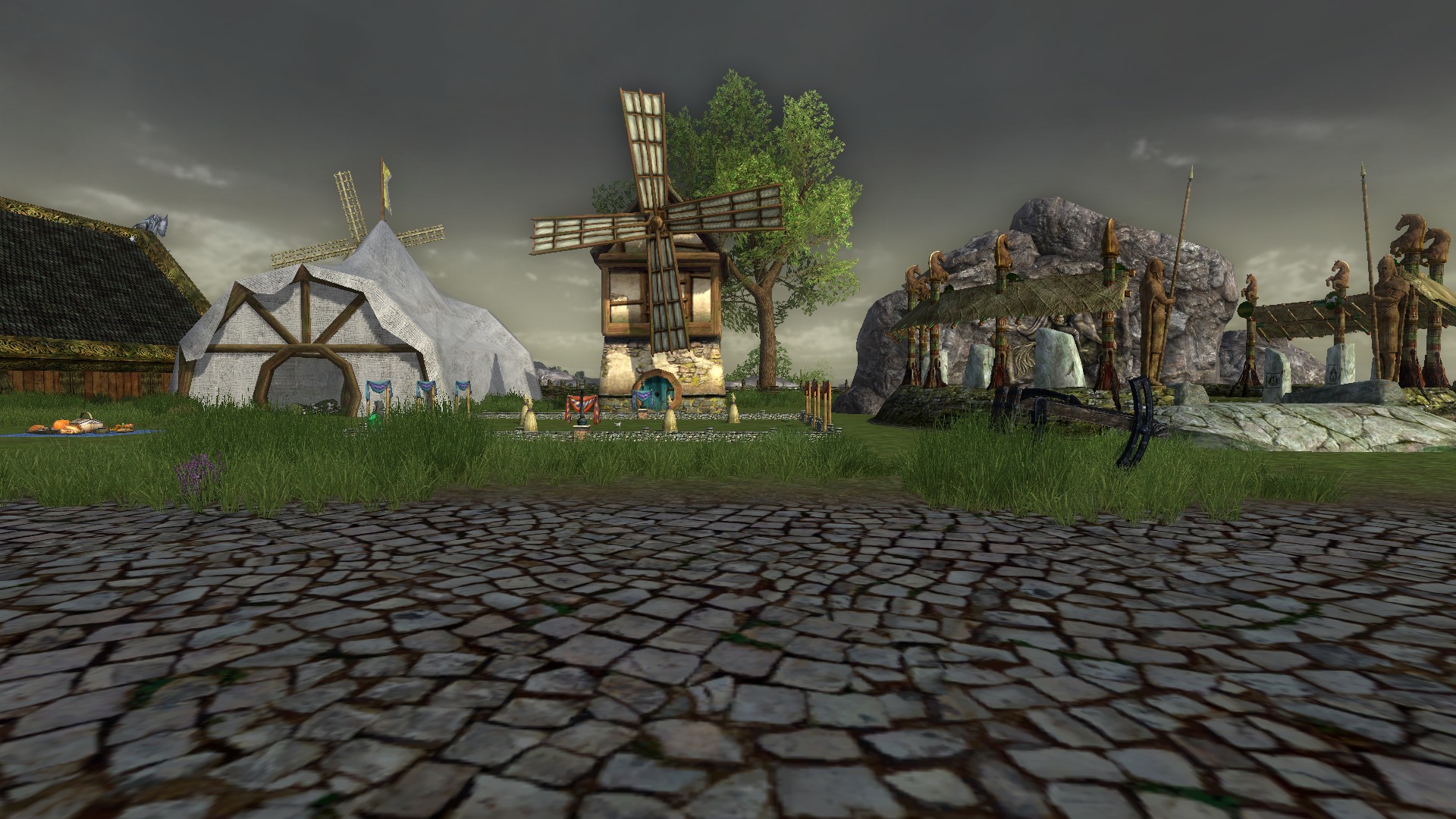 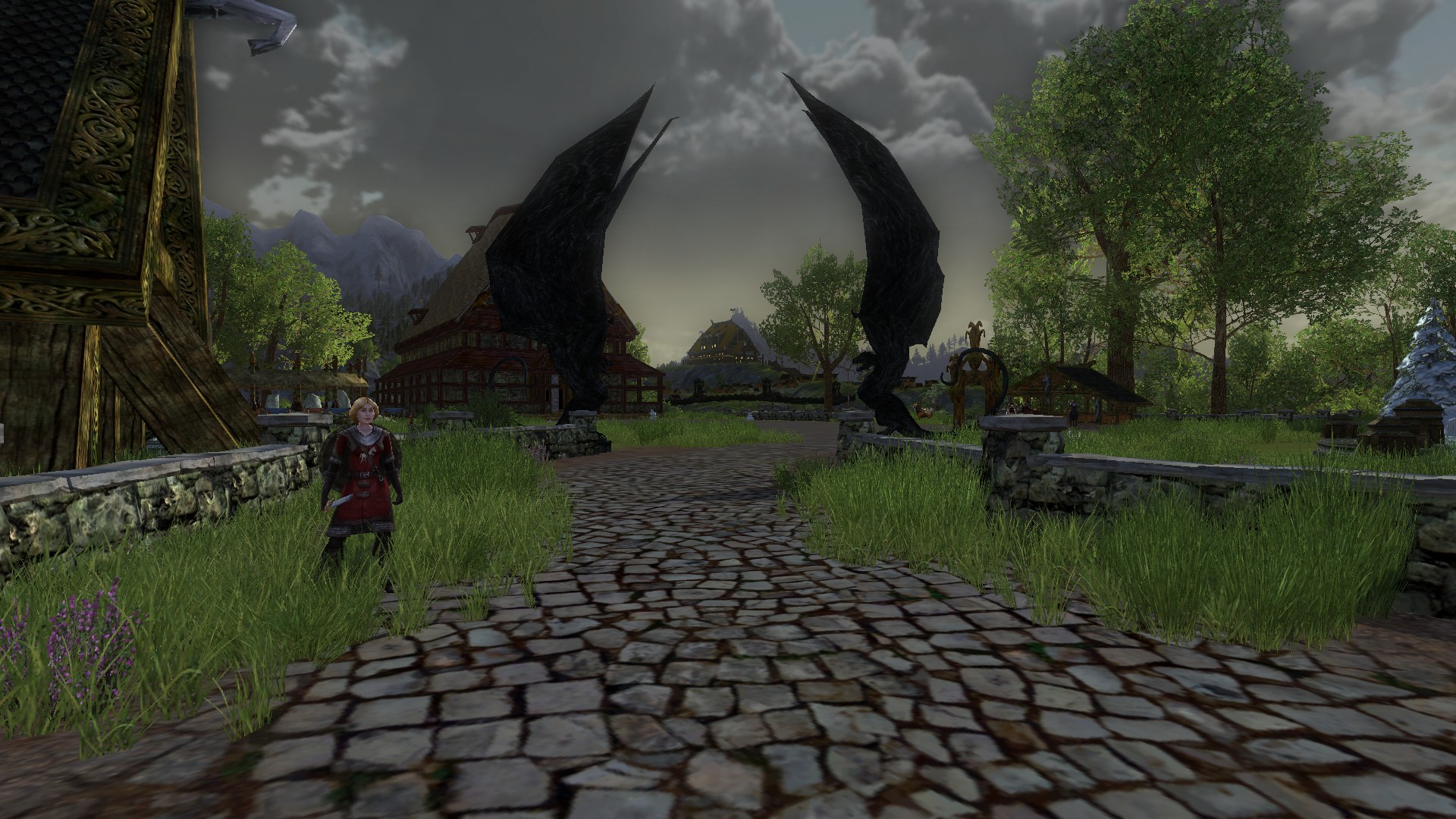 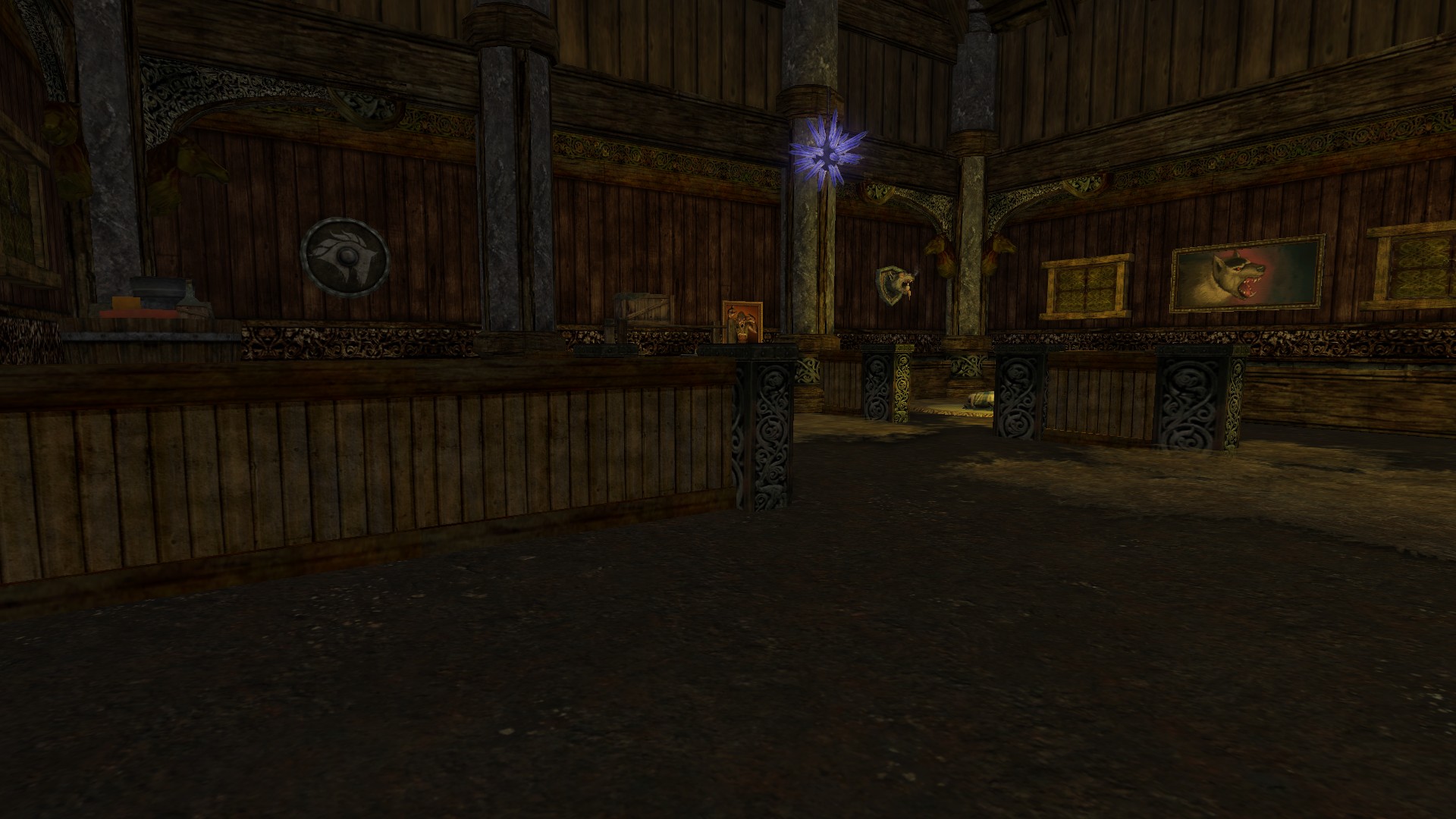 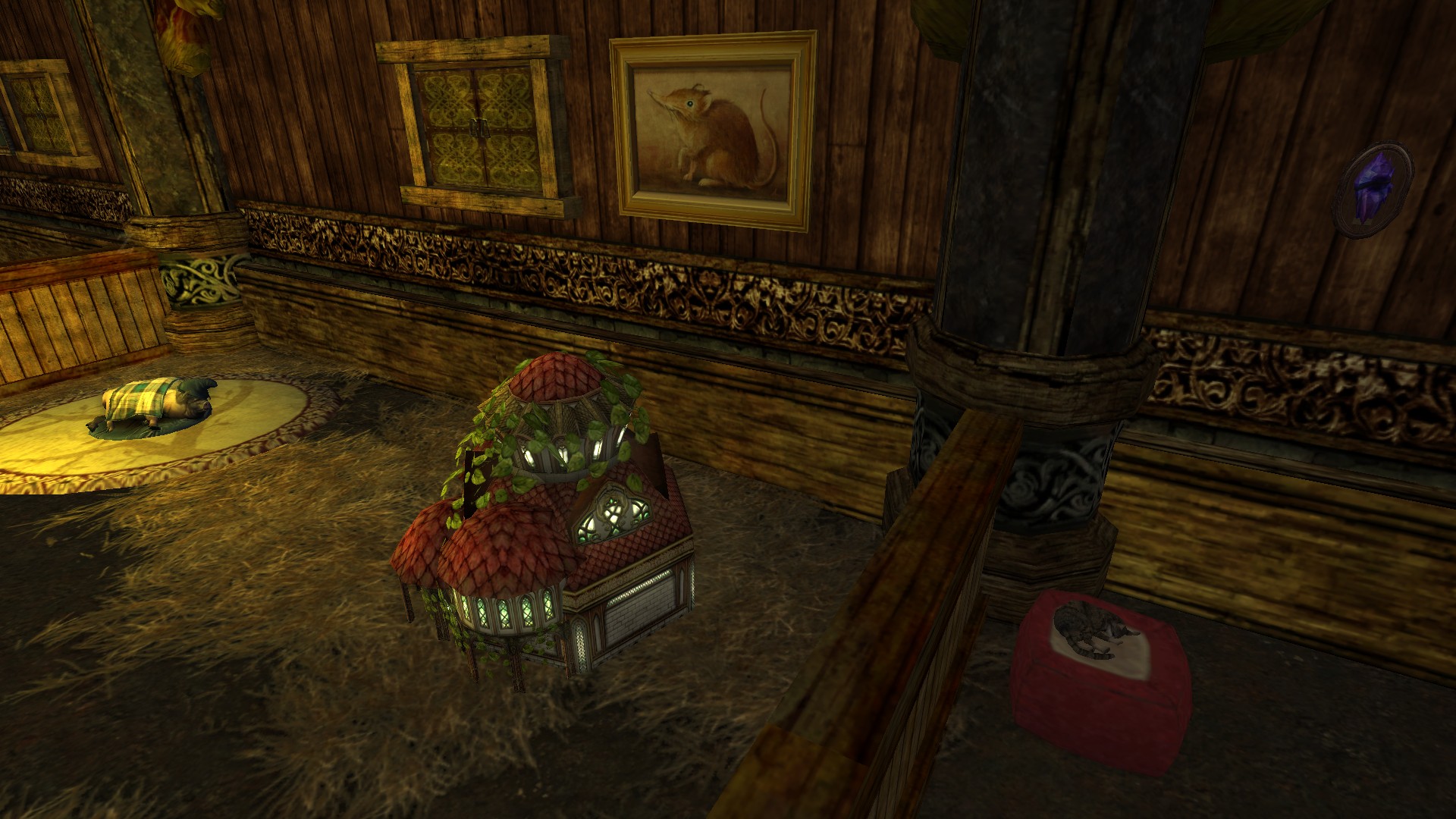 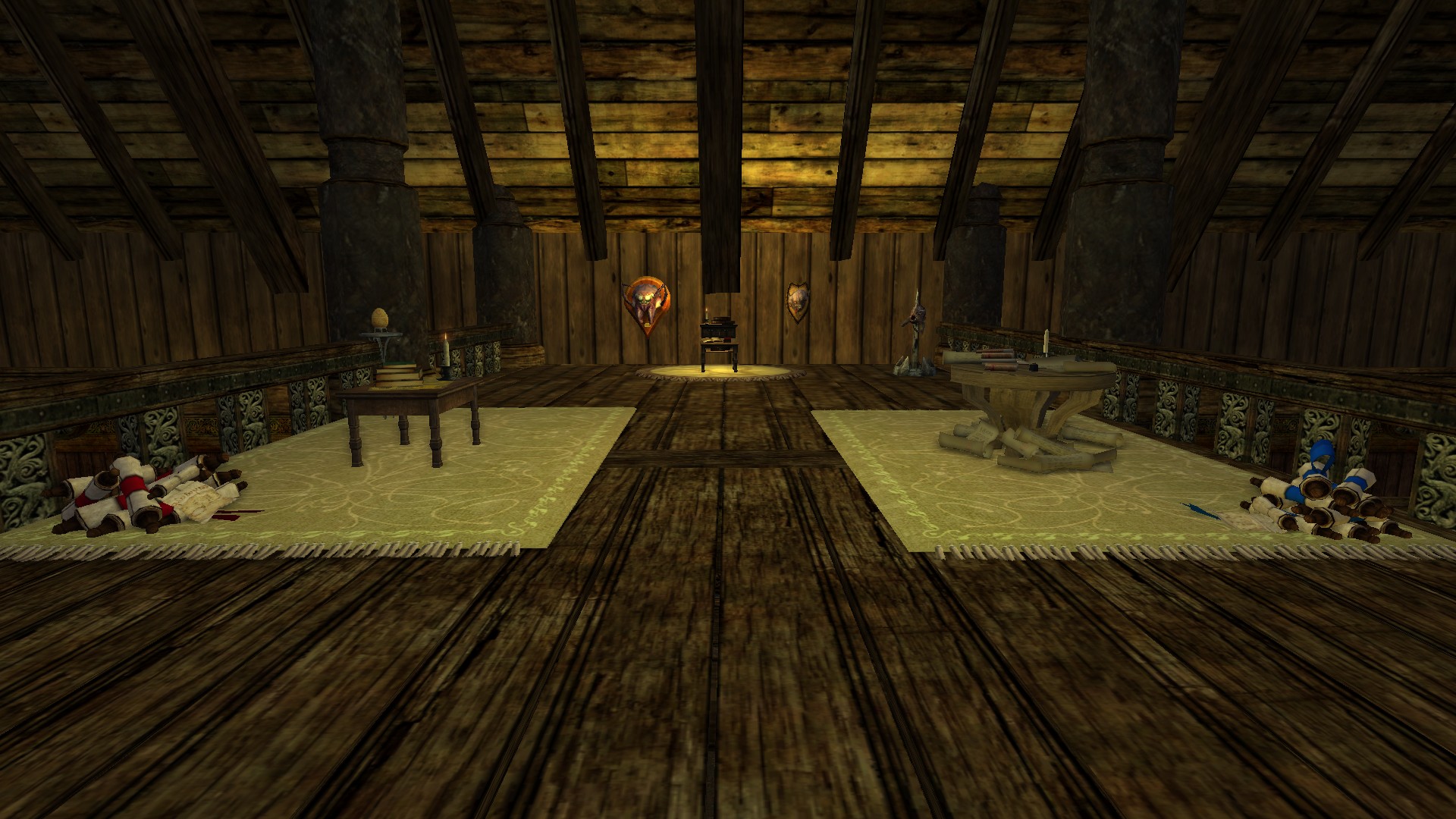 Success: Saturday August 15, 2020 - The kinship managed to beat Remmorchant all the way through. I'd hate to call this the first kinship success because there has been multiple clears with kinmembers with several out-of-network people fully decked out in gear. I came in during the second boss and was so nervous we weren't going to make it that I was only able to take a screenshot at the very end. Sunday August 16, 2020 - The kinship managed to get to the end of a T2 Anvil of Winterstith, but bugged out during the boss fight. We had to call it for the night. 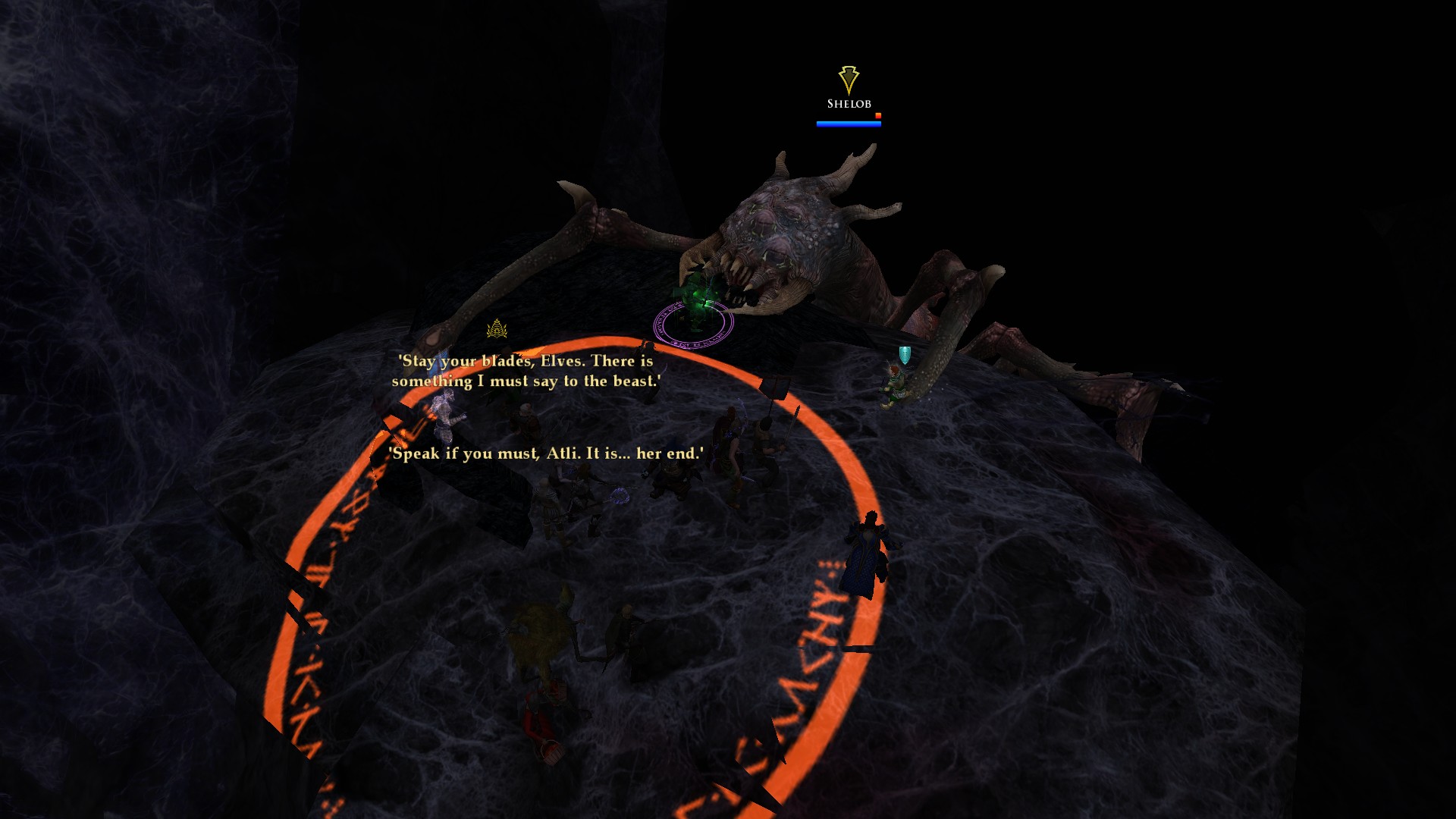 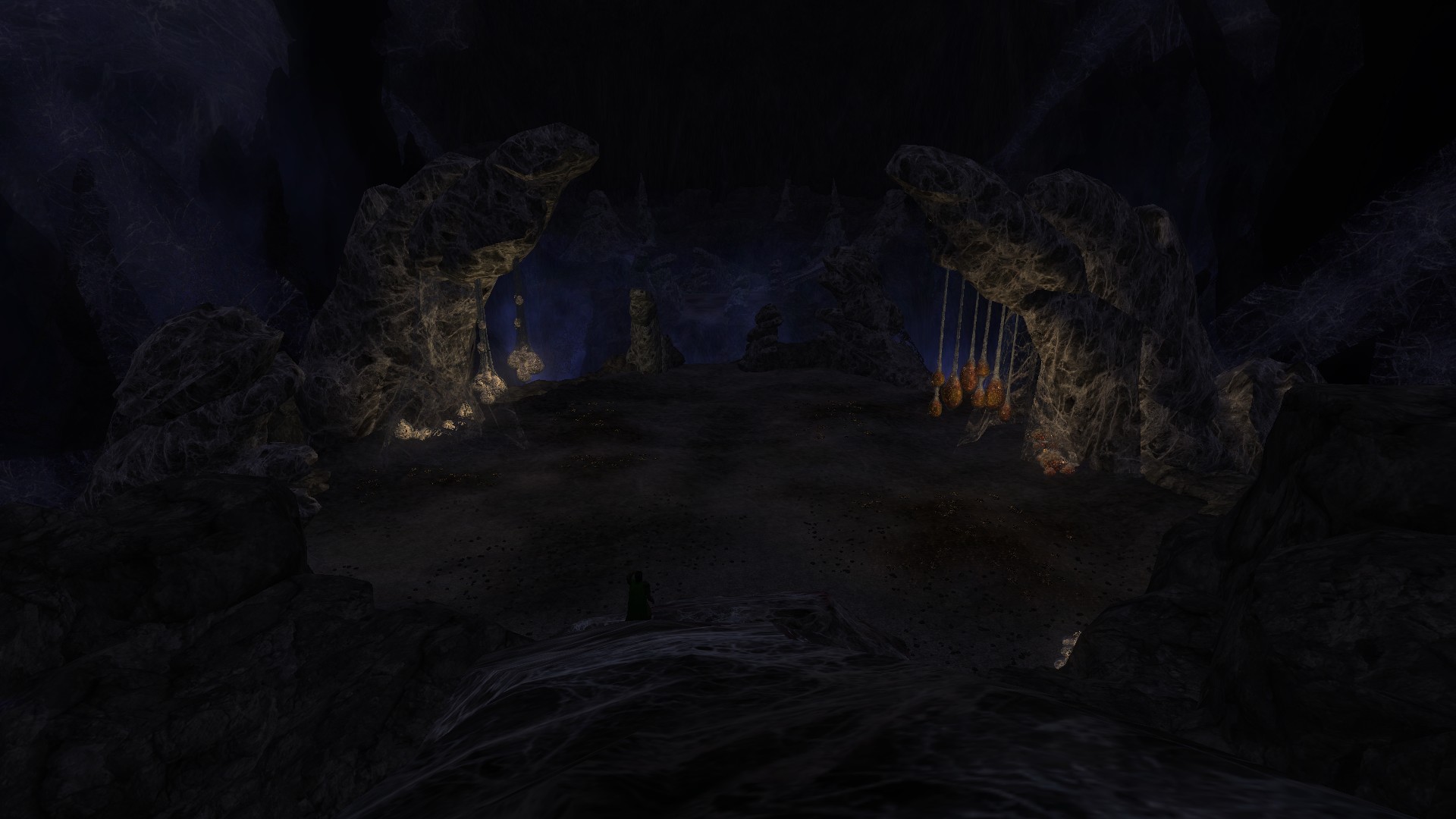 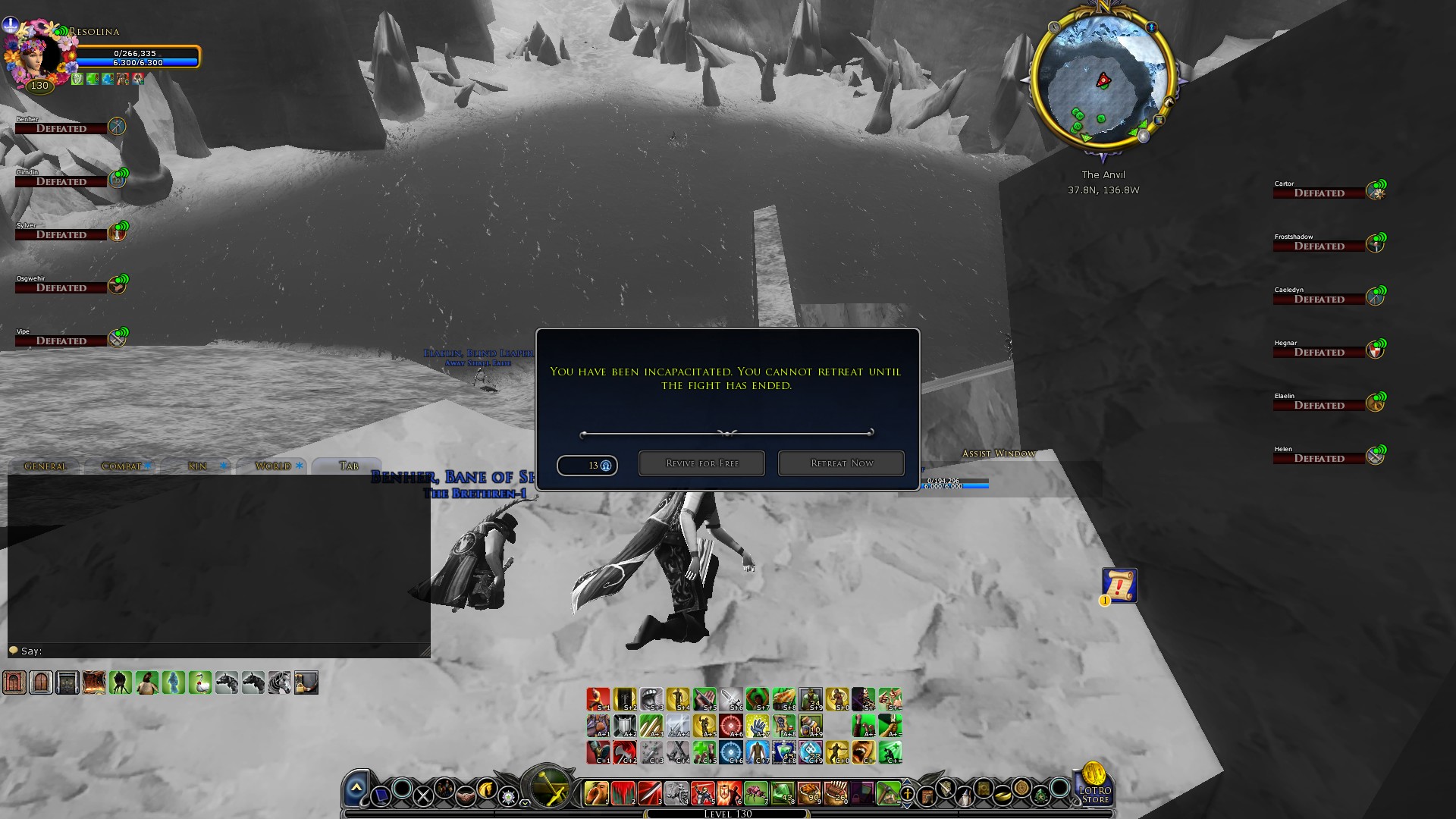