Community Disconnect: For the past few weeks, I've been seeing a lot of people returning to the game without even knowing about the promotions or the free quests. This fascinates me on two fronts. (1) Even after learning about the fact that everyone is given the opportunity to get free quest packs and obtain expansion parts for 99LP each, people are still complaining about things that aren't instantly provided for them. Since free players don't have access to swift travel, they also do not have access to the boat system in Evendim. I heard someone utterly upset that they were unable to retrieve any of their gold in overflow after waiting to buy the gold cap removal (which I think is entirely untrue). People are furious, not because their character didn't transfer from old servers (which is still a problem), but that someone from an old server usurped their name (thereby adding a -1) even though they are provided a rename token for free.

(2) There are no safety nets for the ill-informed. Almost everyday I hear of a new case where someone buys a Rohan House and automatically assumes they are kinhouses. They get upset that they can't tie the kinship port to it. They make the mistake of sharing their house chest to the public, which means they are providing people the access to their own personal housing chest stash. Do you know for sure what expansions you own after leaving the game for 10 years? There isn't a way to check and the offers still appear even if you bought the full expansion beforehand. Even little things like accidentally using mithril coins at the stable without receiving a confirmation box bewilders people. Don't get me started on the number of people who don't read the quests and don't use the wiki.

I was so upset with all the problems back when Wells of Langflood released that I actually made a post about it. Reading back, it is interesting to see the number of things Standing Stone Games "left out" of the quest pack at launch. About half of those problems have been fixed. But as you can tell, there is definitely some sort of communication problem between the company and their customers. I still stand by my "Year of Fixes" (reference from Star Trek: Voyager) where the company spends a whole year cleaning up problems without releasing any new content. It worked for No Man's Sky.

Elaelin's House: But enough of the current issues. You came to see the house. Over at 6 Ridge Road, Bickley is a "small" home filled with all sorts of fun stuff. You can see those photos below. 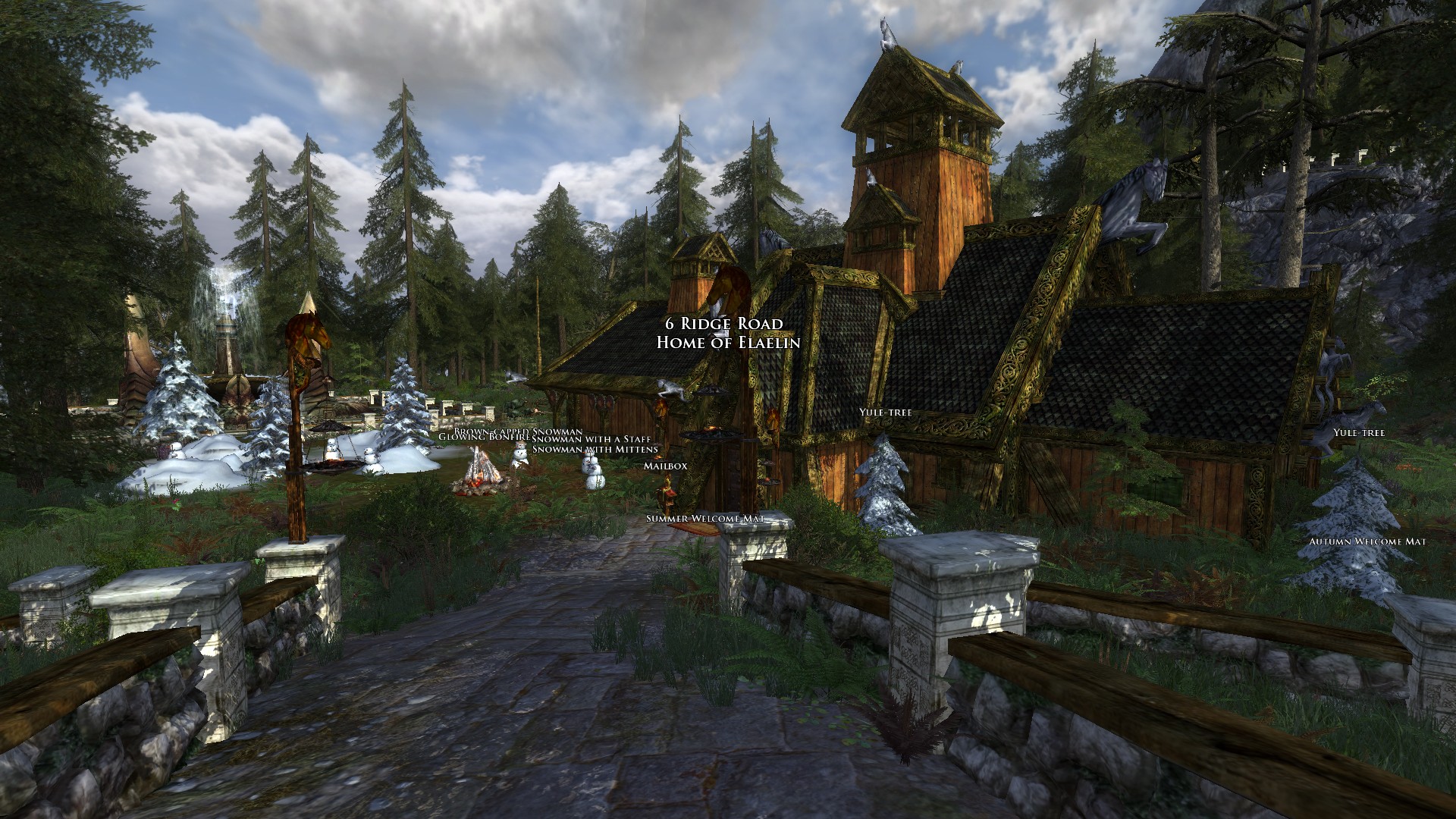 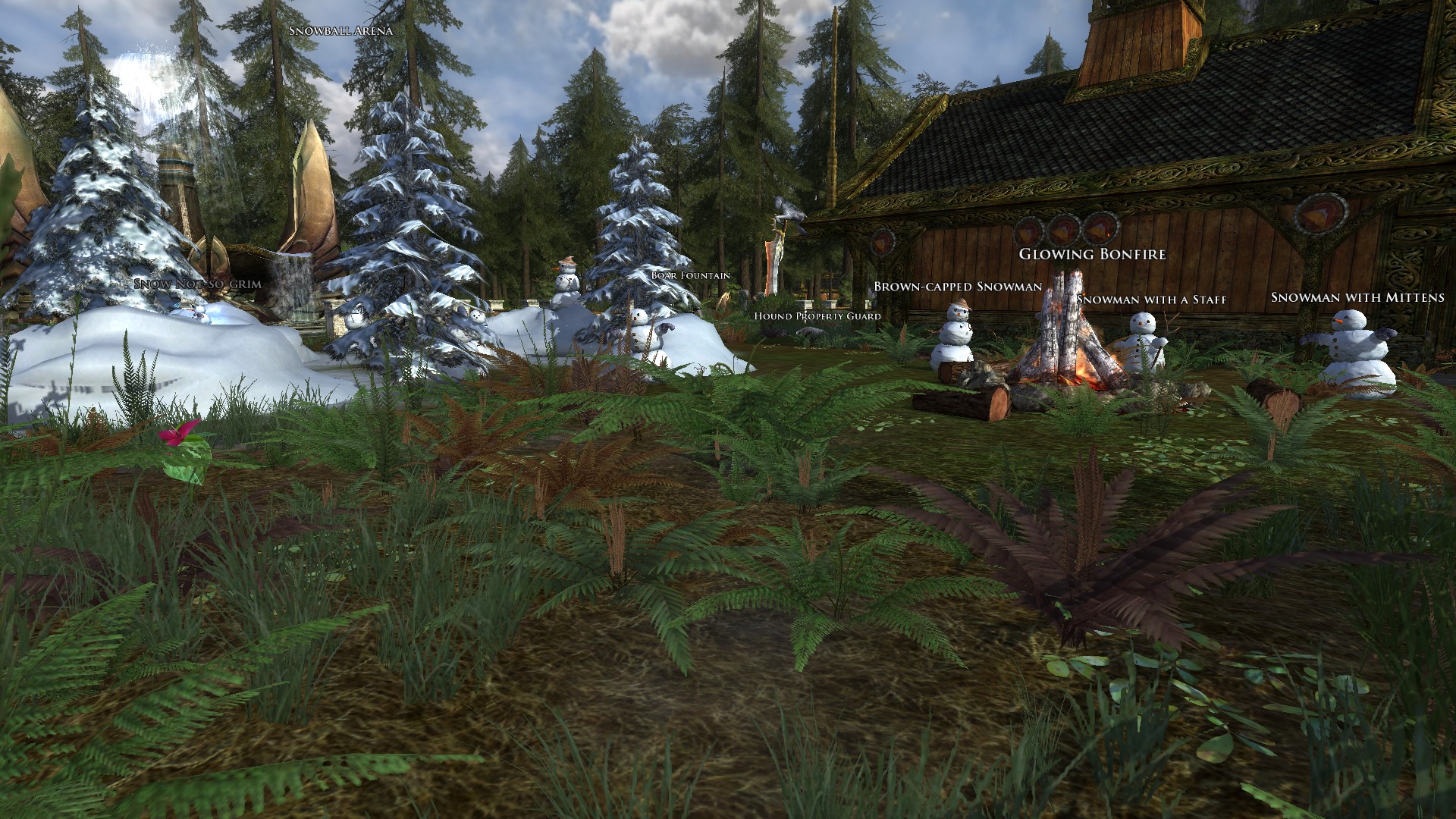 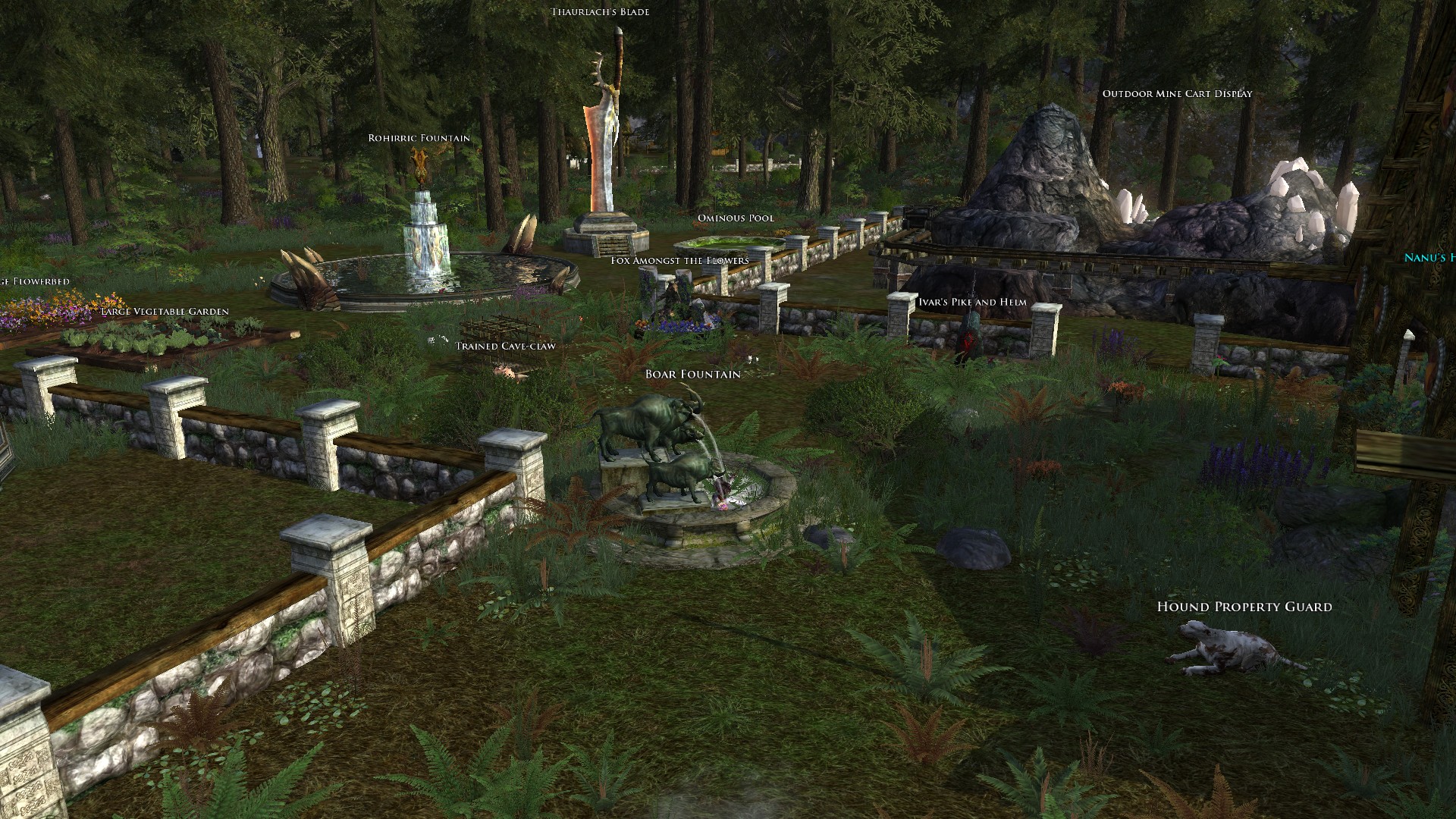 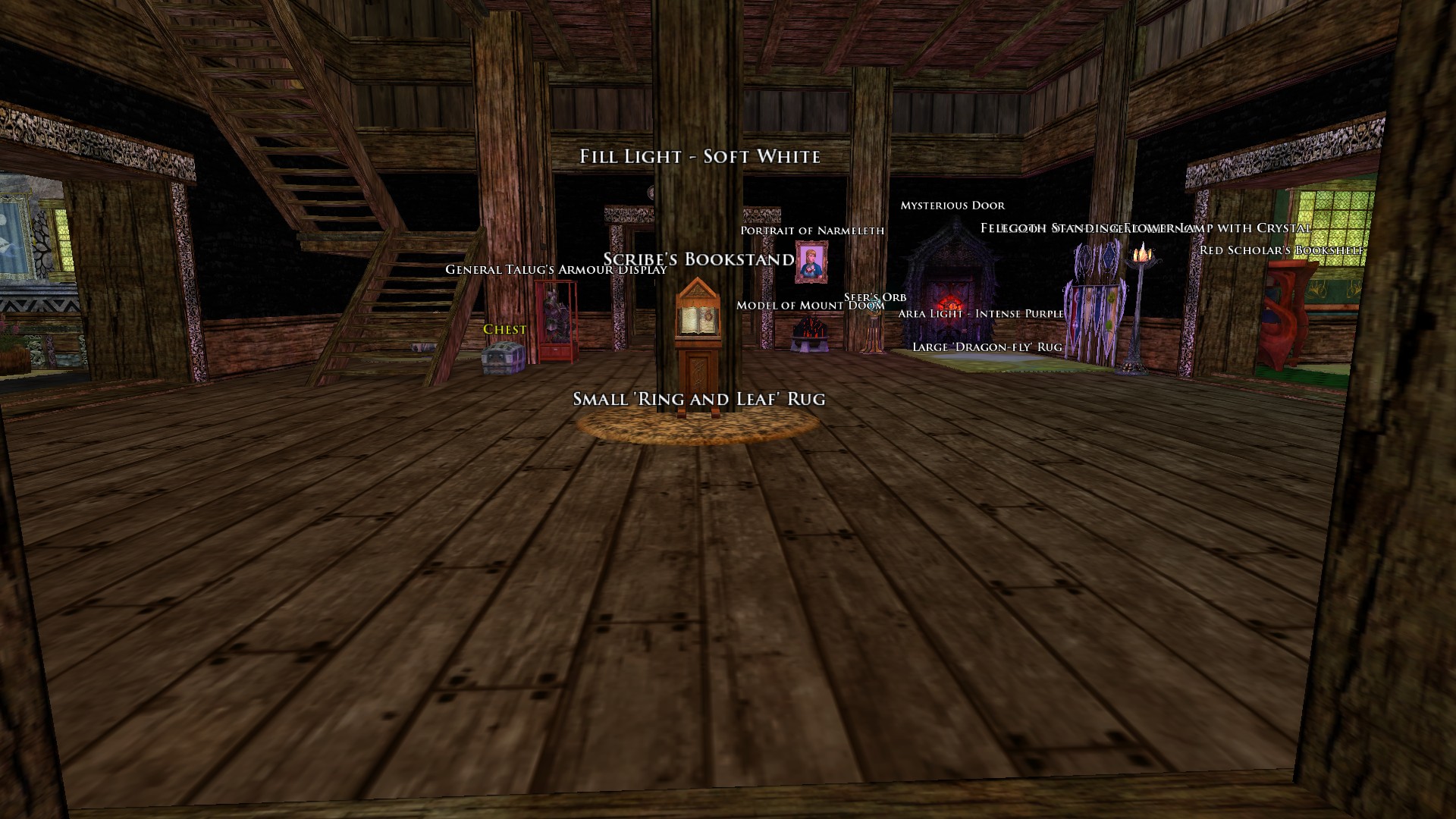 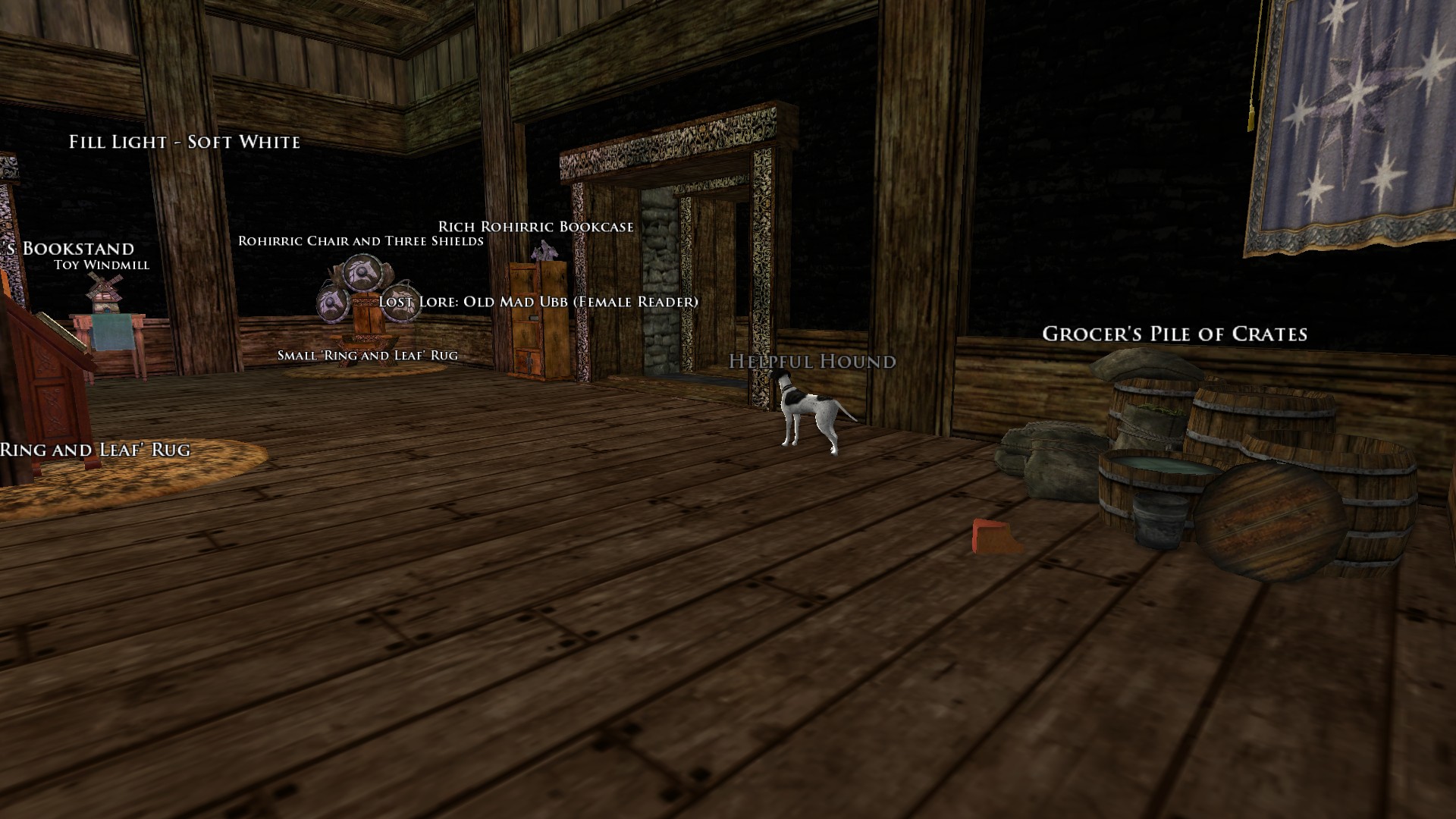 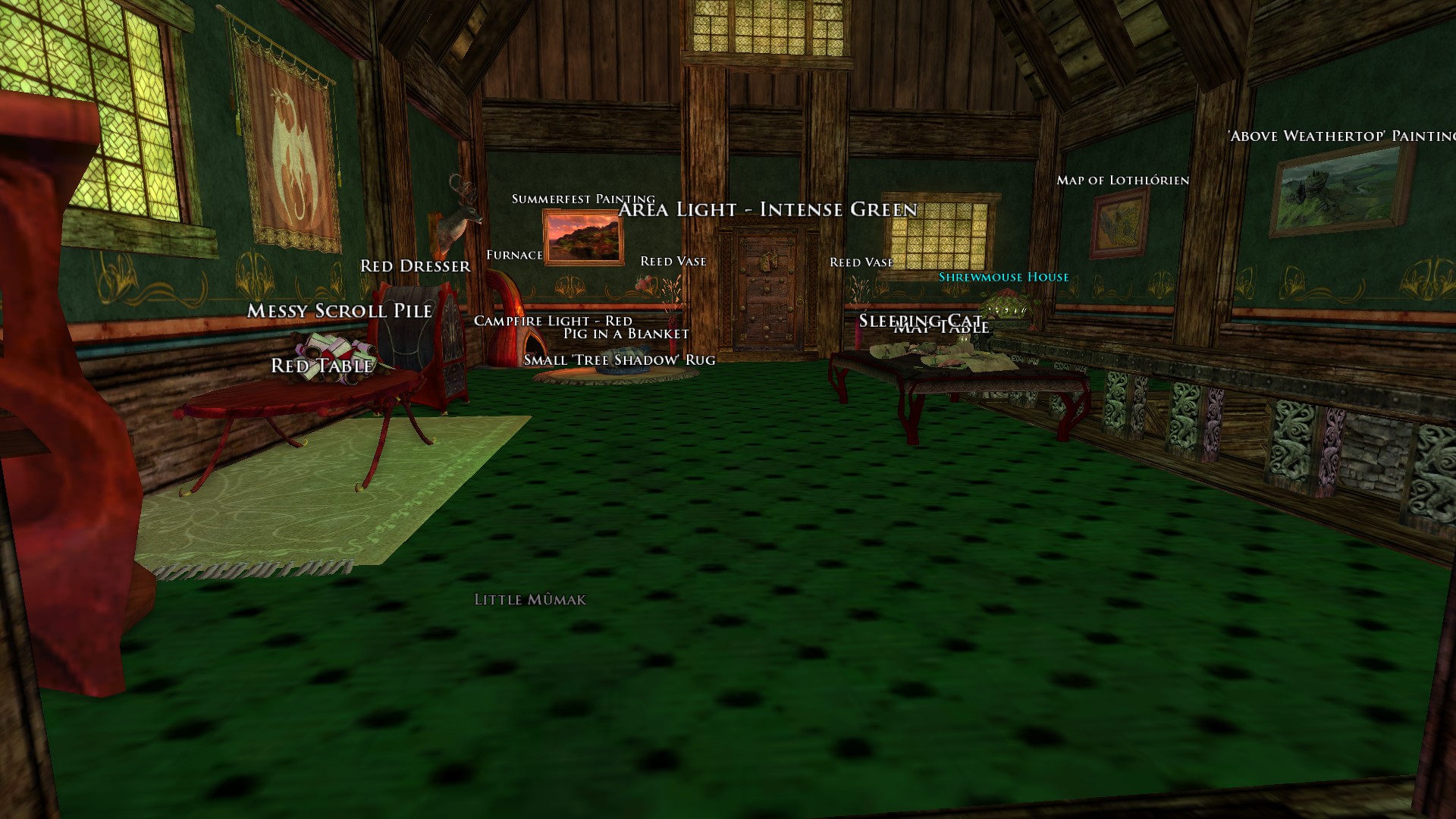 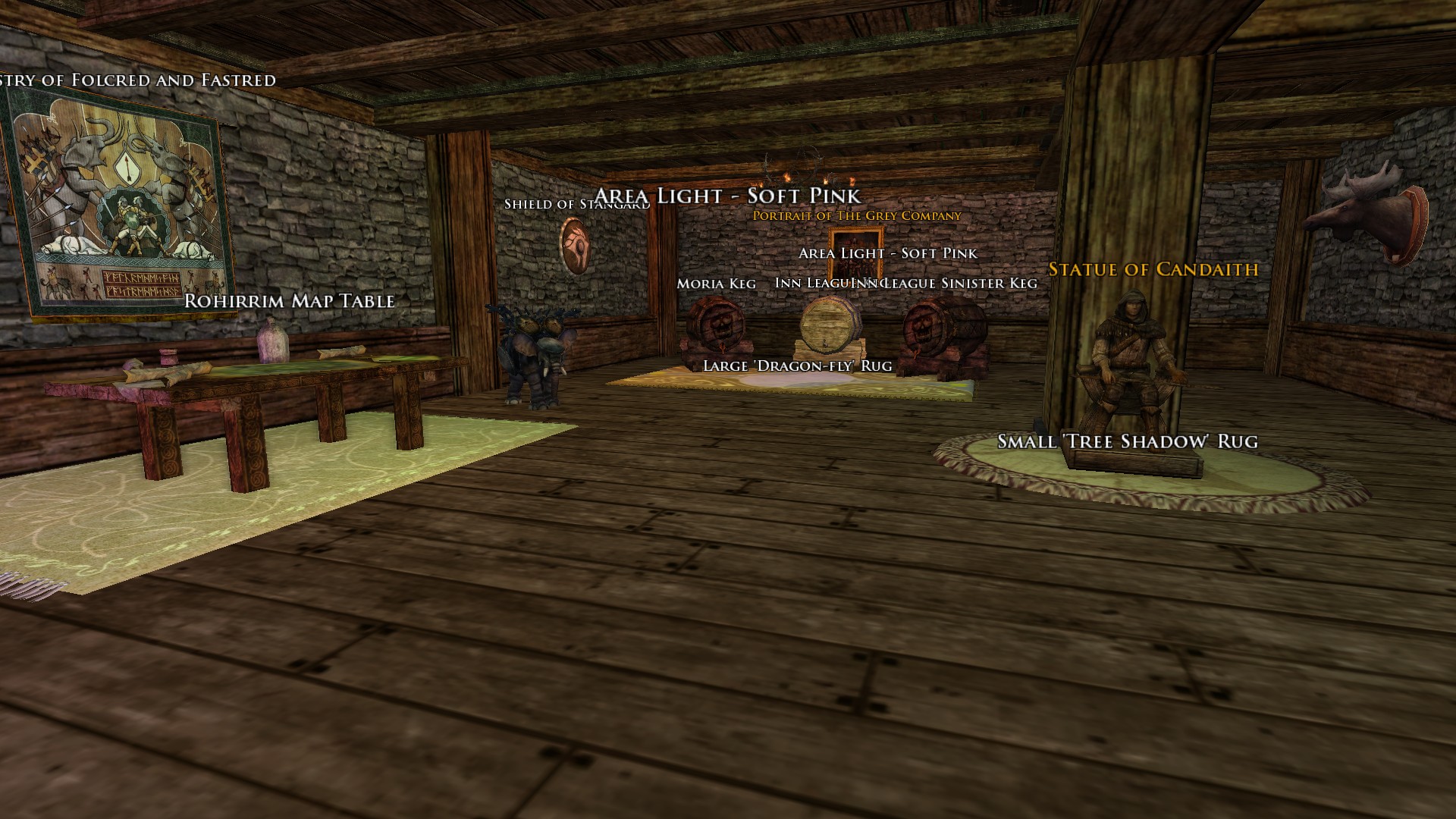 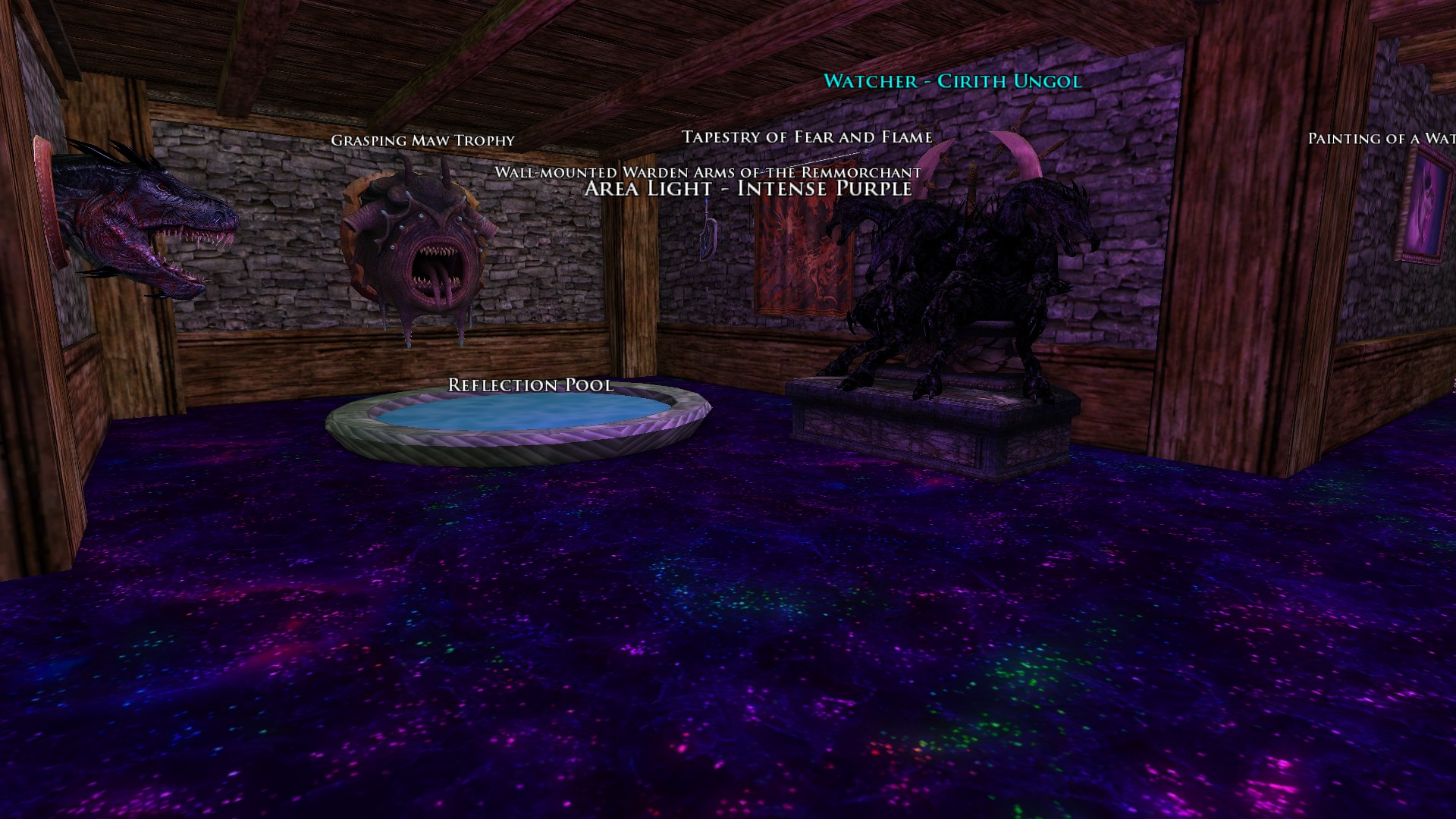 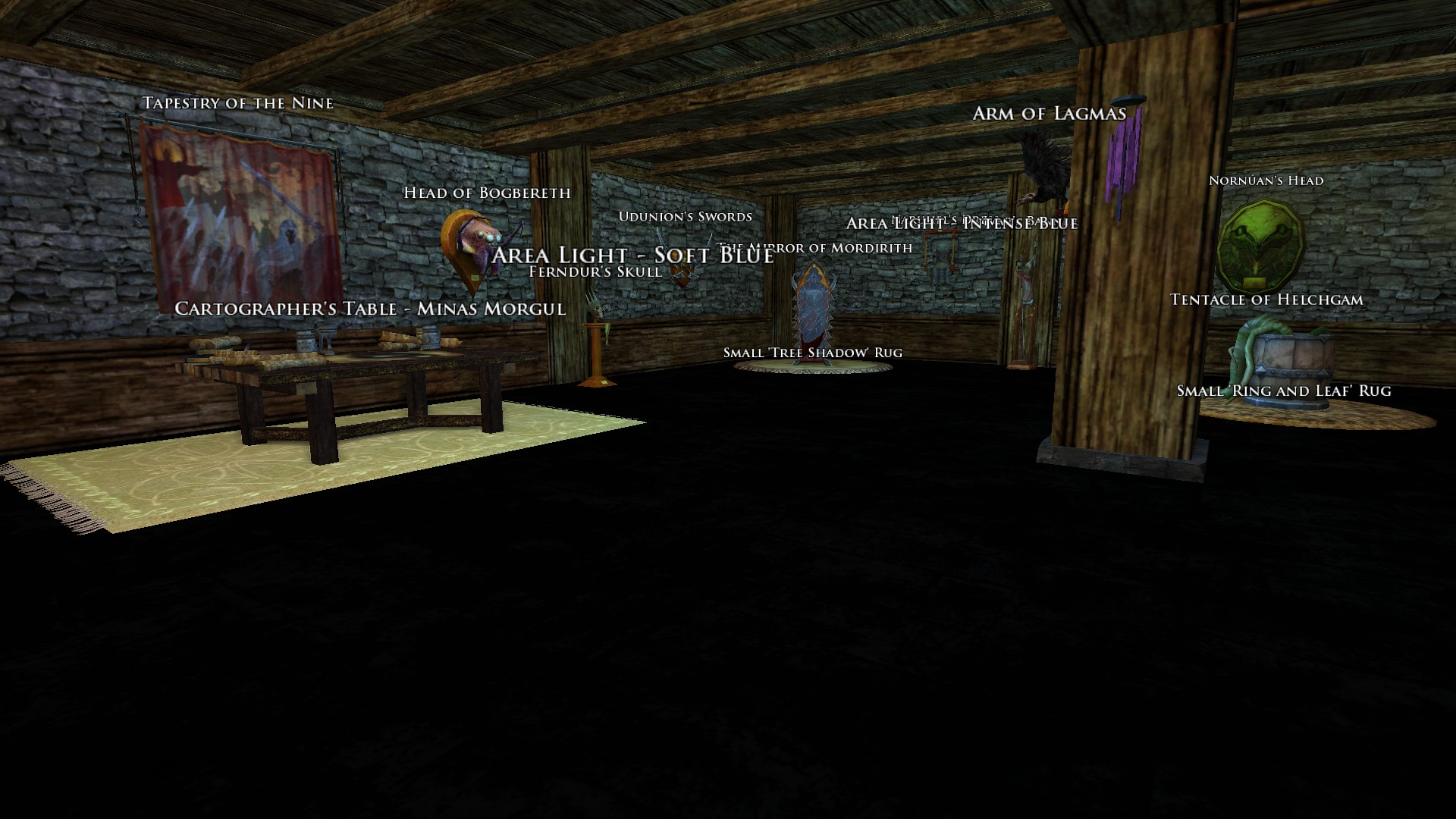 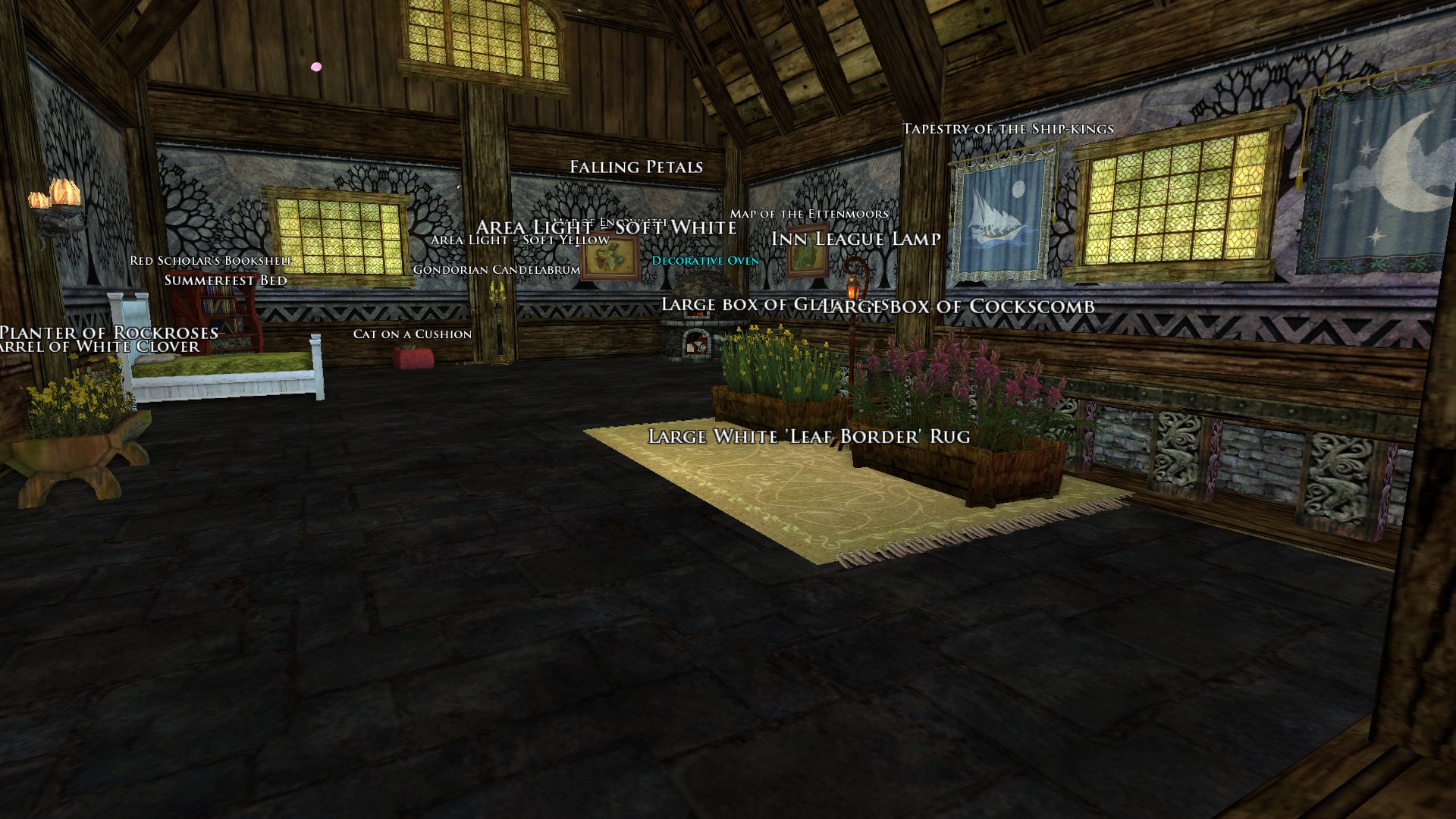 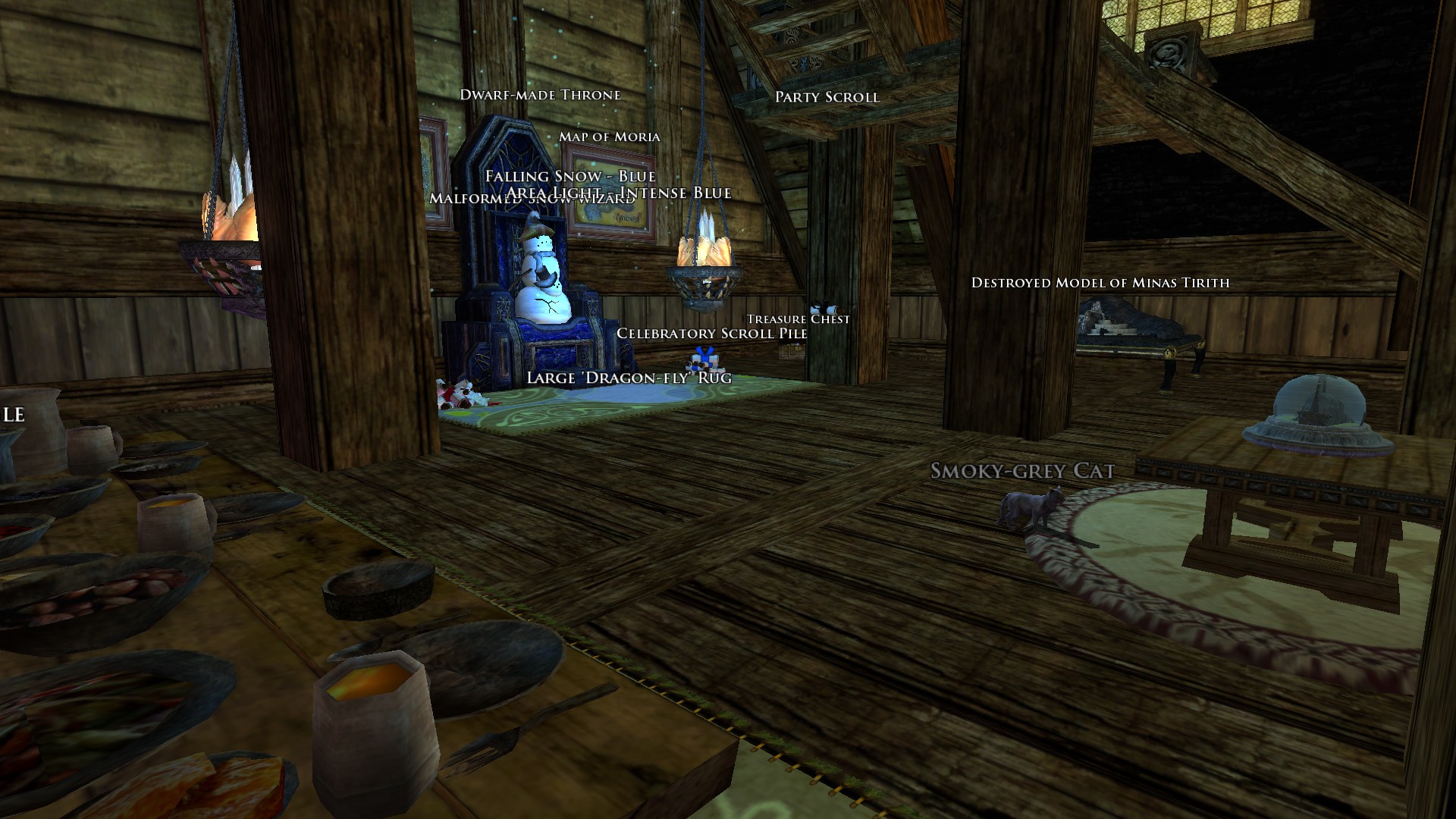 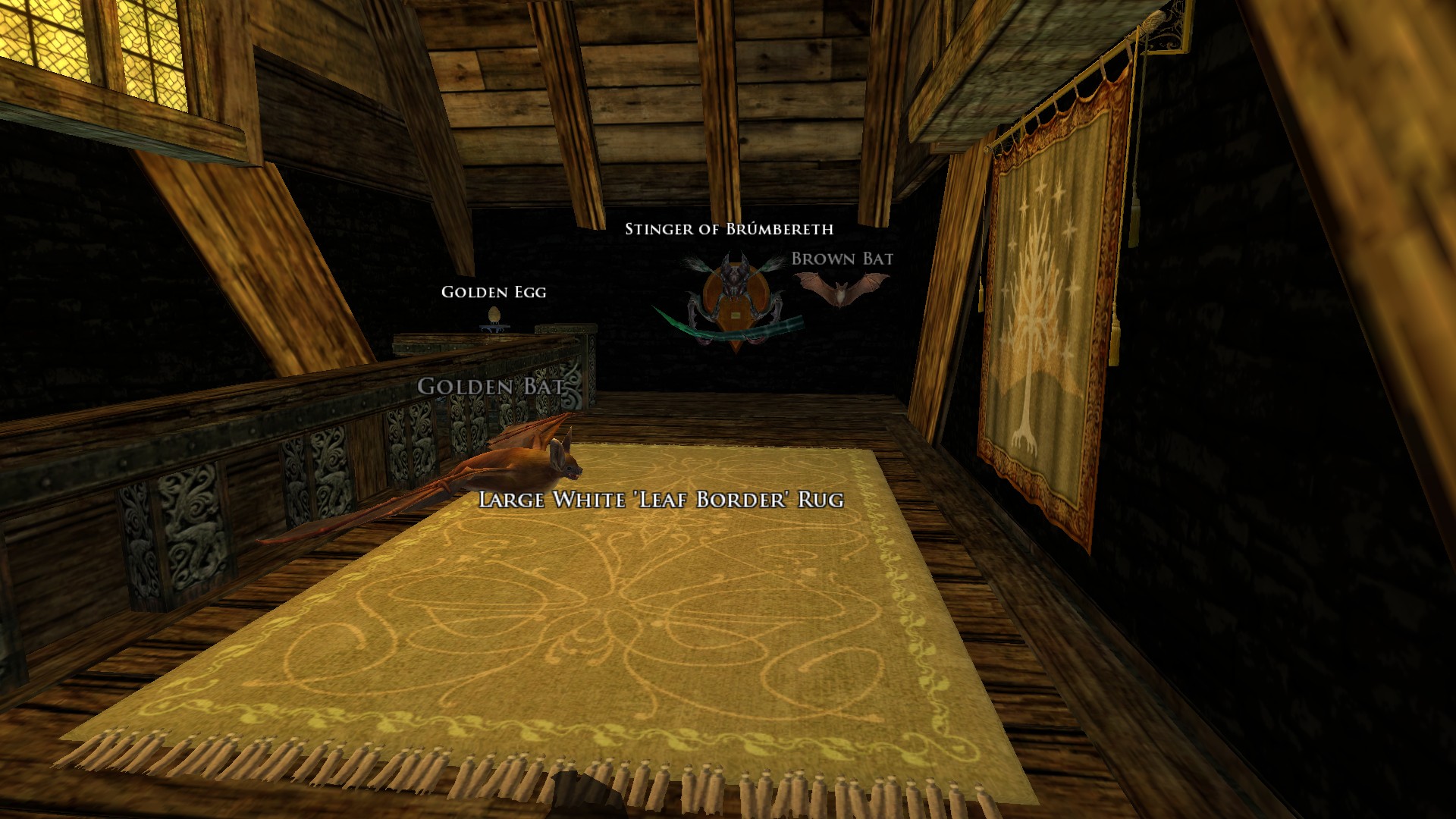