Dwarf Invasion at the Kinhouse

Dwarf Invasion at the Kinhouse

Highlights: Modifications to the the Kinhouse

Lighting: I'll make this brief. Something was included in Wildwood update that forever changed house interiors. The addition of "Per Pixel Lighting Attenuation" has added specific lighting details to the overall ambience of houses. This can be seen at entranceways and inside the darker hallways. This new feature has also modified the way wallpaper and floor surfaces are seen. The reflective properties of the "Memory" application makes it appear more like a layer of slime and the fluffy carpet items you get from the Homesteads and Evendim now look like sprayed-on paint. 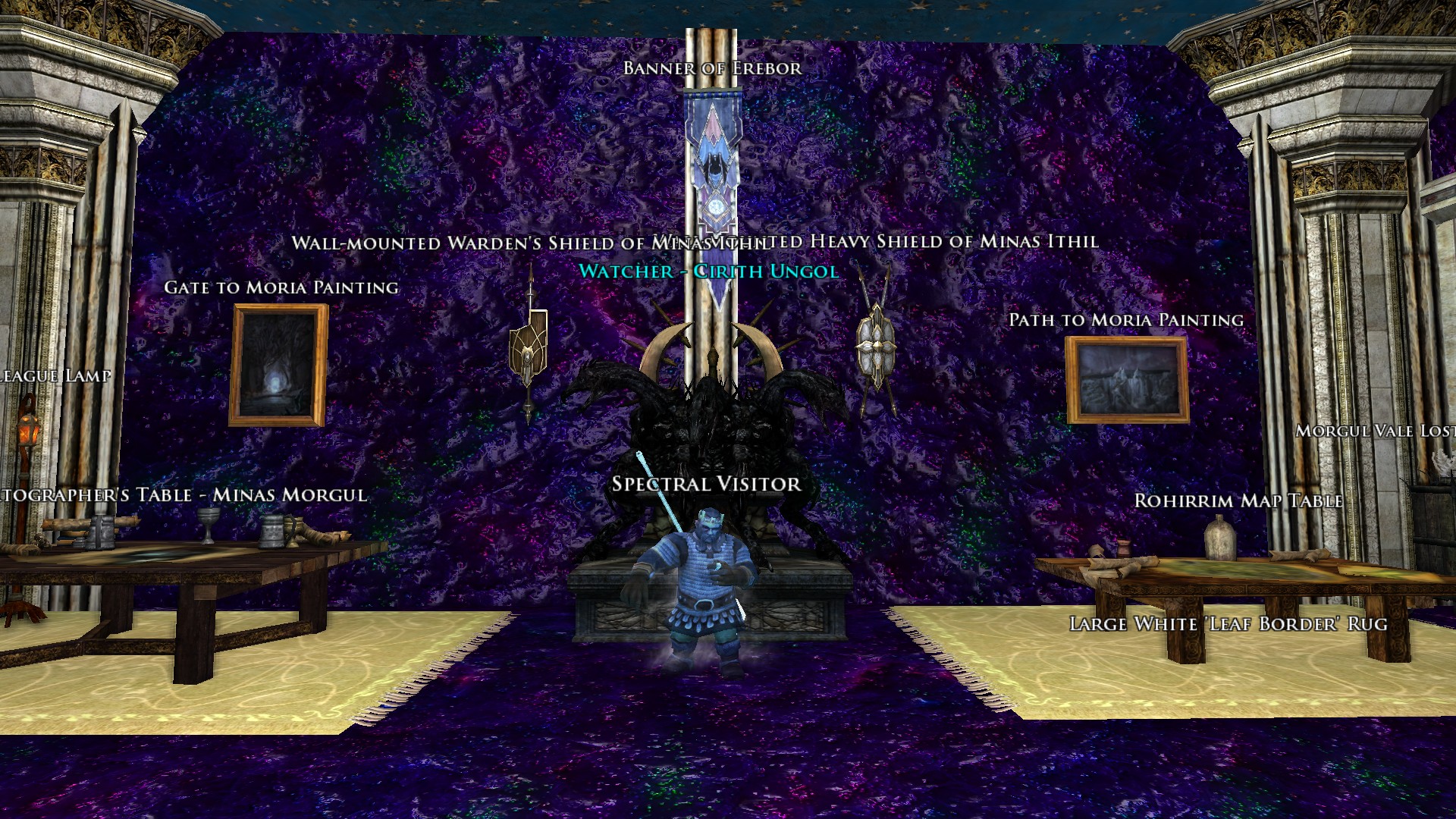 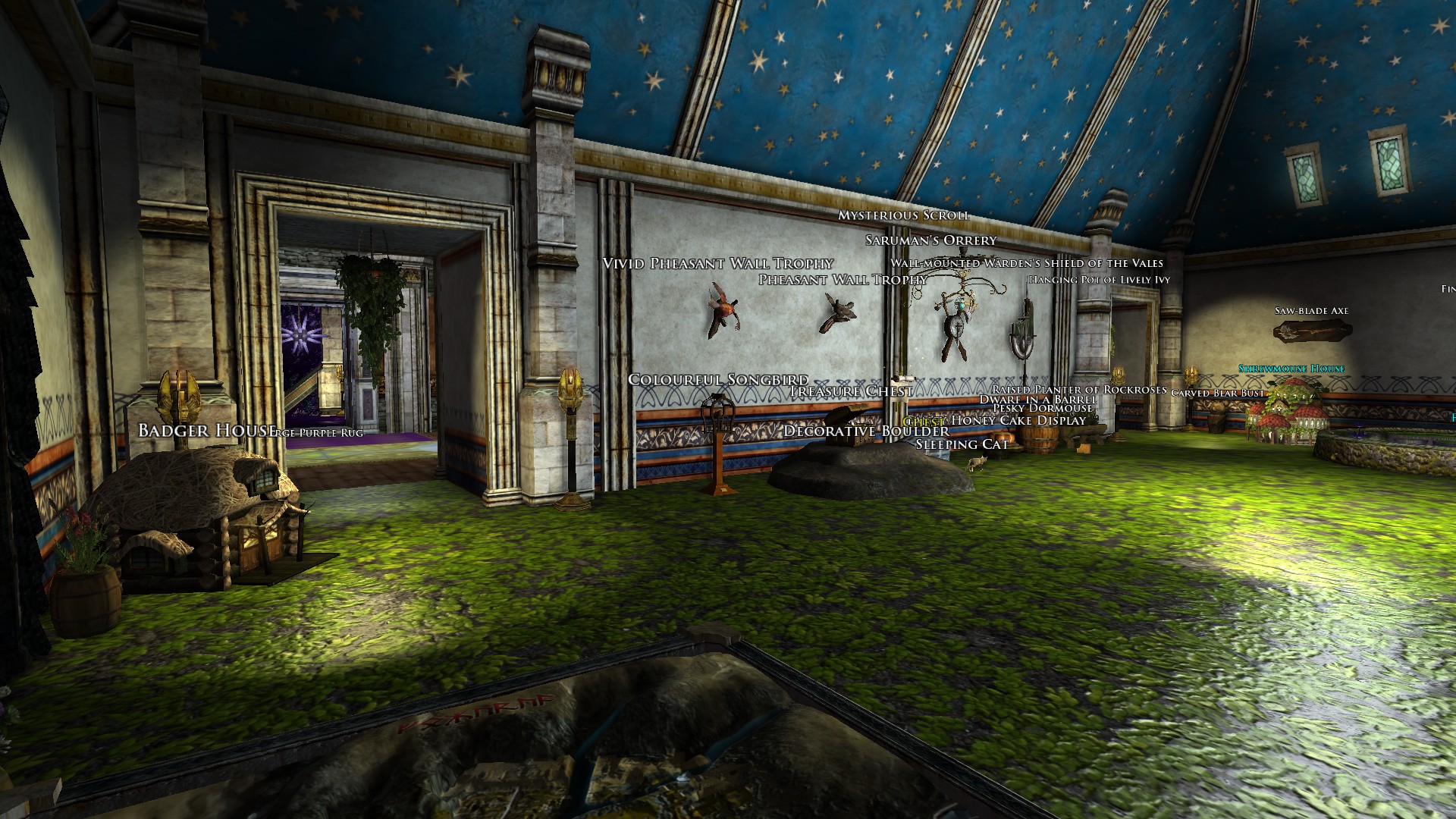 Decorations: There is also a wide-range of new decorations I now had access to since War of Three Peaks was released for lotro points on February 18th, the Wildwood Update on March 17th, and the Spring Festival out the following day. Filbert Fig is also offering Ered Mithrin decorations for Figments of Splendour. That isn't to say that all the decorations are considered "good" or "obtainable" in my book. Without using any reputation tomes, it will take you approximately four weeks of completing the 3-mission dailies to reach the level for bartering those lovely warmarks at the quartermaster. At the very least they managed to include those wonderful paintings from the mission barterer over to the coin quartermaster in Update 28.2. Wildwood added a few decorations from the factions (including a nice Trader's Wharf boat), the instance quest, and the instances themselves. Unfortunately, the "Gammer House" set from Spring Festival is just way too mundane and ugly to be included anywhere. 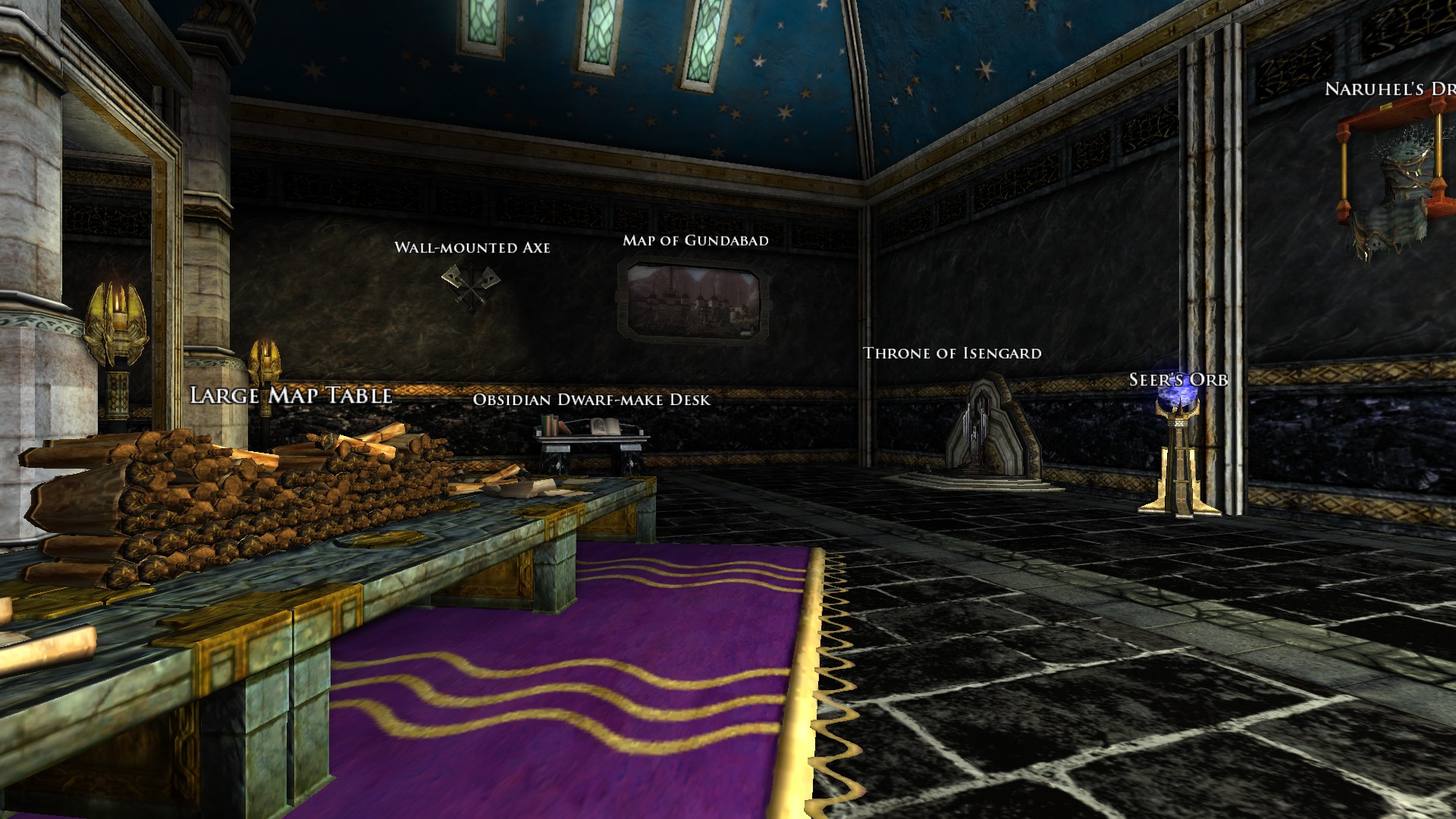 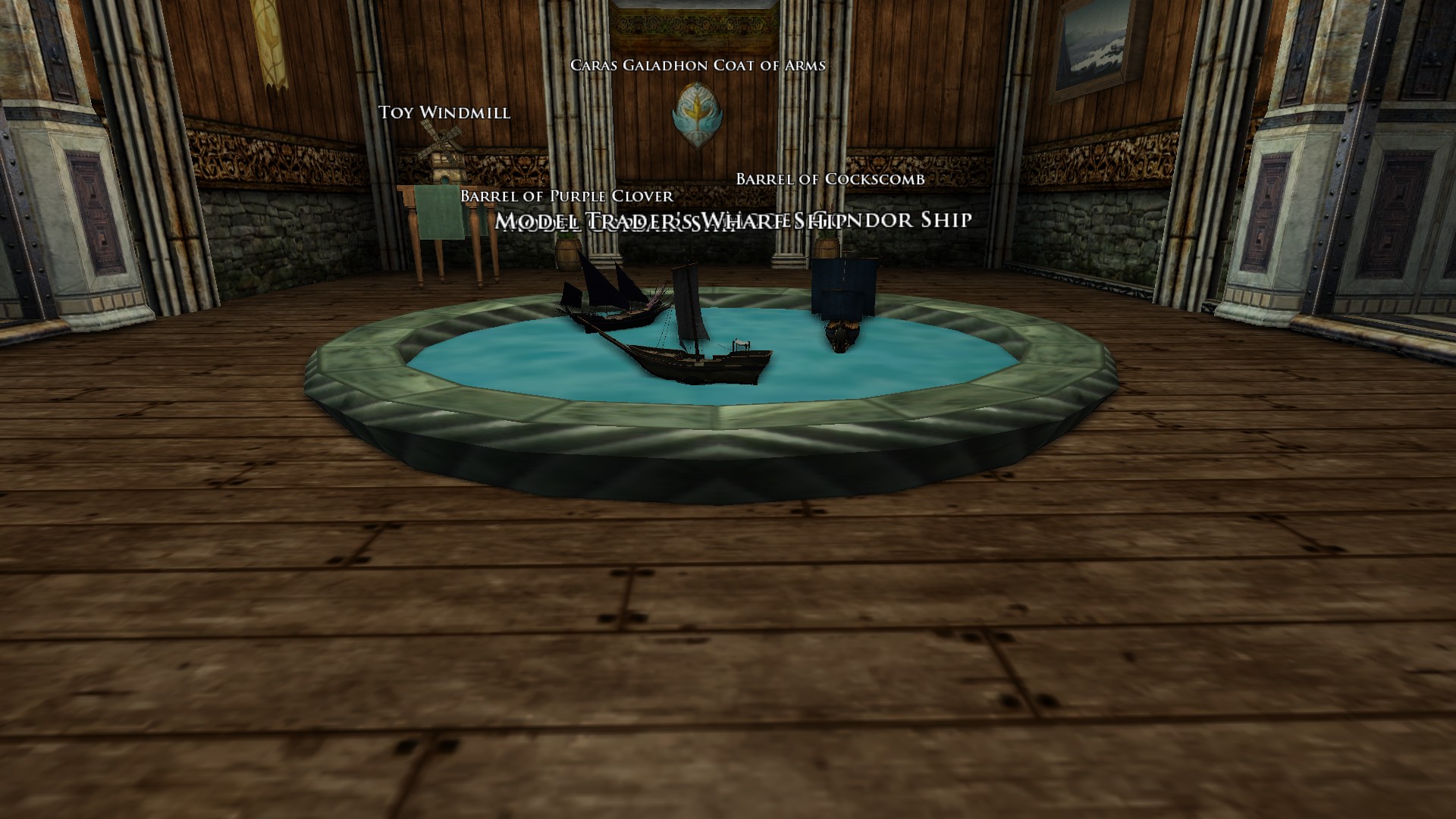 Remodel: When it came to the remodel of the kinhouse, I kept things rather simple. Despite my attempts at adding a few yard decorations outside, there was no change to the outside. However, the themes inside have been swapped. The dwarves have now made their place at the entrance while the beornings have settled with things upstairs.

There has also been a few other modification: 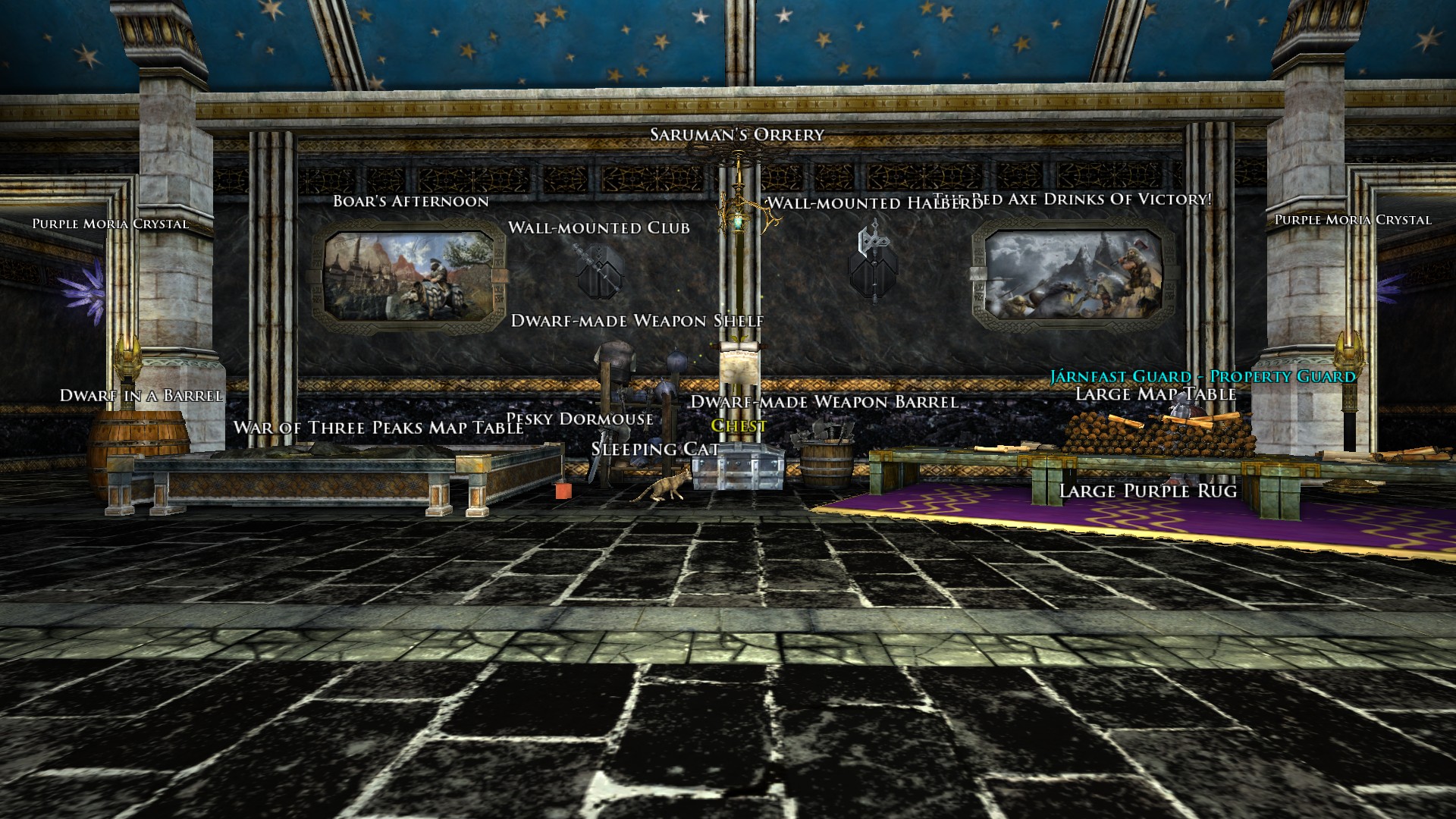 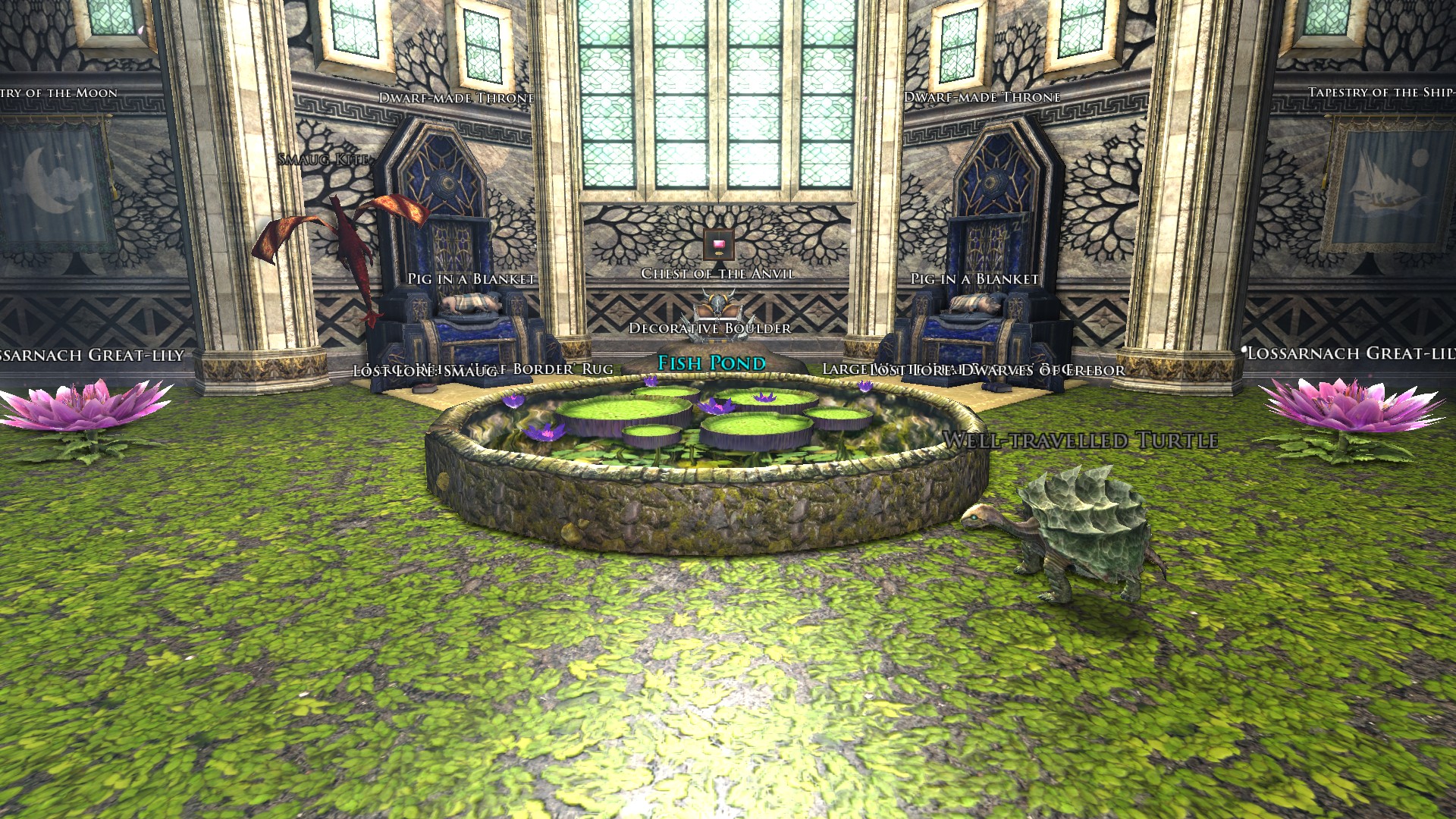 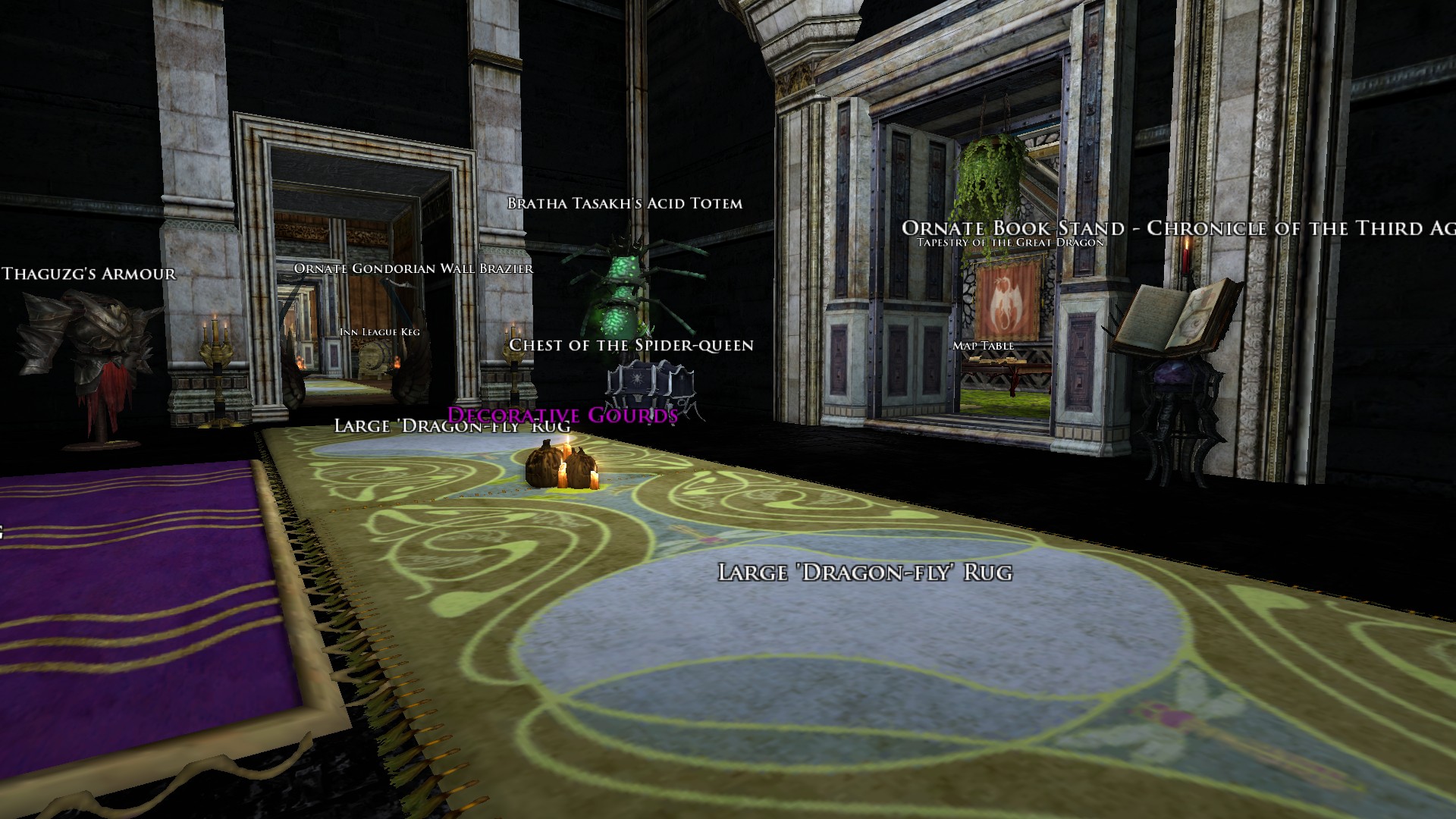 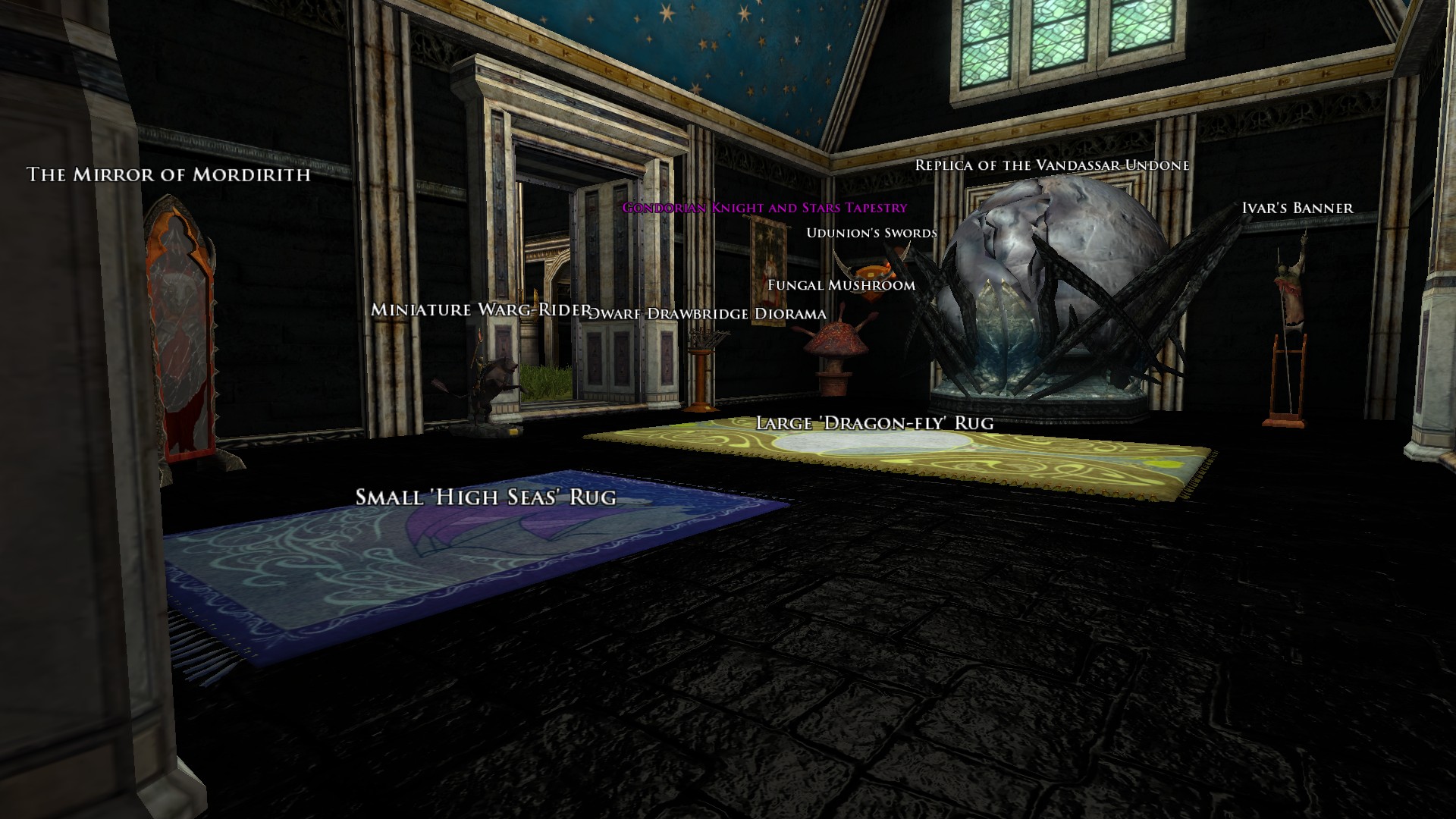 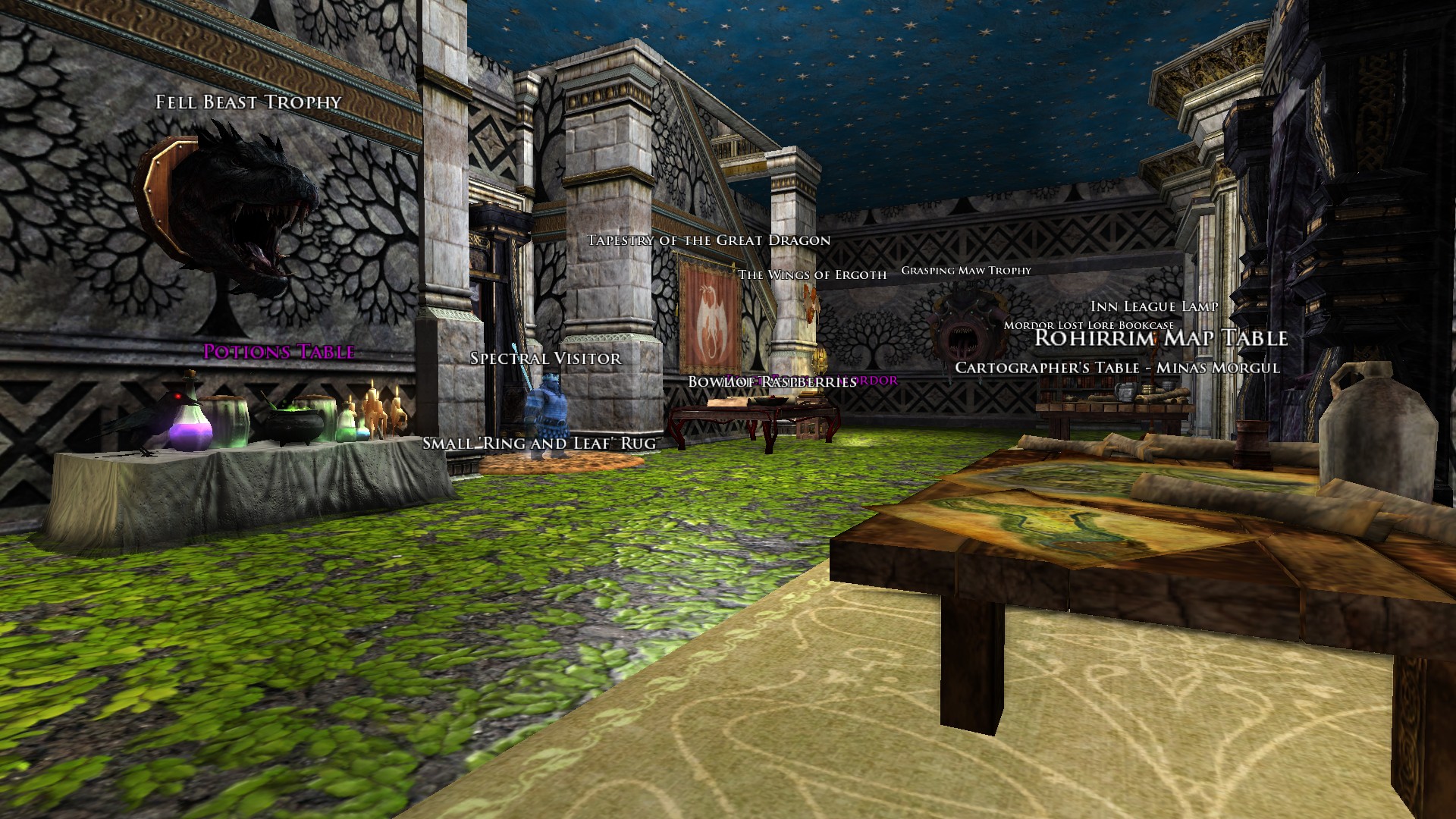 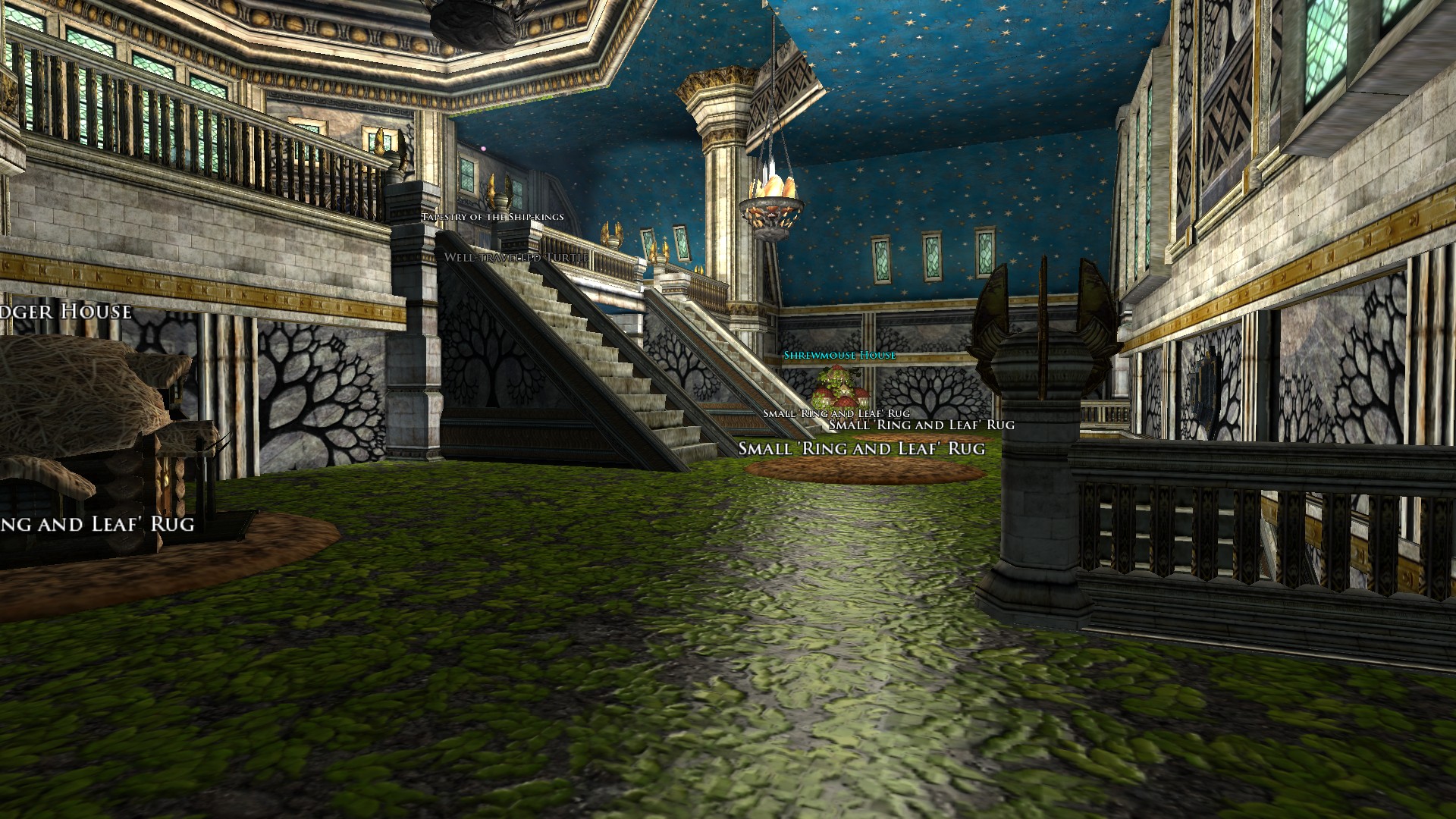 "Hello. My name is Resolina, and I spend hours moving decorations inches at a time." - Anonymous