Lord of the Rings Online MisAdventures

Community Disconnect: For the past few weeks, I've been seeing a lot of people returning to the game without even knowing about the promotions or the free quests. This fascinates me on two fronts. (1) Even after learning about the fact that everyone is given the opportunity to get free quest packs and obtain expansion parts for 99LP each, people are still complaining about things that aren't instantly provided for them. Since free players don't have access to swift travel, they also do not have access to the boat system in Evendim. I heard someone utterly upset that they were unable to retrieve any of their gold in overflow after waiting to buy the gold cap removal (which I think is entirely untrue). People are furious, not because their character didn't transfer from old servers (which is still a problem), but that someone from an old server usurped their name (thereby adding a -1) even though they are provided a rename token for free.

(2) There are no safety nets for the ill-informed. Almost everyday I hear of a new case where someone buys a Rohan House and automatically assumes they are kinhouses. They get upset that they can't tie the kinship port to it. They make the... More

Server Issues: No doubt about it: Midsummer Festival was a great hit. SSG was ready to move onto the next thing. Update 27.2 was being tested on Bullroarer with several new changes when suddenly problems started to pour in. After the unusual Tournament of the Twins event on Bombadil, things started to get very messy for the servers. For roughly 9 days, the servers were having issues and SSG wasn't telling the people what was wrong. Things only got worse when the deadline for the festival was massively approaching and people were not able to transfer their characters off the PVP Server like SSG promised. Eventually, SSG apologized by giving out some free stuff and reimbursing people 5 days of VIP Time and 250 lotro points. Although the servers are functioning, people still feel the results of what happened to them weeks later.

The Patch: There were three primary things added with the patch: Rohan Housing, Class Equality with mechanics, and Festival fixes. Although the Midsummer Festival was extended, the patch came out too late to fix the festival bugs. Update 27.2 came out a day after it ended. They also had the audacity to "throw in" the race change token, only to update it moments... More

Midsummer Festival: I'm going to try and cover as much as I possibly can. There are just so many people who try to find a shortcut to an already easy procedure. The patch notes explain a lot. The wedding invitation, very little. In order to get there: You can travel to "Minas Tirith (Midsummer)" from obtaining the scroll from the auto-bestowed quest or from South Bree. Your goal here is to (1) Meet the lady that offers the wrapper quest and the initial quest to see the king inside the walls, (2) Talk to the Stable-Master and travel to High Stables, (3) Take the sneaky ramp pointing southeast with flowers hanging all over the top part, (4) Check out the barterer once you exit into the central area, and (5) Enter into the big black doors to meet with the king at the end of the hallway. The king will provide you with the follow-up quest and Epic Volume 5.

Total Quests: Everyone wants to know about the quests, so here goes. There are approximately 20 quests within the walls of Minas Tirith, 8 quests outside the walls (in the introductory areas), and 4 crafting quests inside the Craftmans Tier sub-section (where the mailbox is on... More

NOTE: Most of the information below comes from community scavanger hunt thread on the forums.

DEV POST: "Anyone who wishes to do the instance on its own may do so with just the Discovery Deed completed, however, SOMEONE must release the Shadowed King on your server for the Shadowed Cave to open! The Instance will scale from levels 50 to 130, have Solo, Duo, and 3man modes, and will have tiers."

DEV POST: "Get ready to face the Shadowed King in a new scaling 3man instance, Askâd-mazal, the Chamber of Shadows, opening May 20th at 10am!"

PRE-REQUISITES: In order to pick up this questline, you need to have done the previous Secret Stone quest chain (after doing the quest "Introduction: Northern Mirkwood"). You'll know whether or not you have it since it rewards you the Goat of Erebor's Royal Guard.

Kinhouse: In preparation of the new Gundabad expansion everyone is eagering waiting for at the end of this year, I figured I would spruce up the kinhouse again. It was last December when I added the Minas Morgul theme with a slew of weapons and alchemist sets. It was time to utilize all those Erebor decorations I spent so many tokens on getting in Strongholds of the North quest pack. Sadly, I did miss the seasonal decorations of Ered Mithrin. There won't be any dwarvish beds, study tables, or busts from that Figments of Splendour barterer. But there are a lot more things than there are slots to place so I guess it isn't too bad.

Outside: Changing the outside was much harder than I originally anticipated since I really liked what I had in place beforehand. I inserted Smaug Bones where the fountain used to be and the Outdoor Mine Cart Display in place of the Eorl Memorial. The lantern really shines onto the tip of the skull at night. The tail is a little problematic aligning with the slope, but it seems to work. Like the tabletop edition, you can watch the mine cart circle around. The two trees I placed in the background help liven up the decoration. The... More

Point System: So after playing through the expansion, I've come to the conclusion that there are a lot of good points and bad points. I personally feel the expansion was worse than Mordor but I wasn't exactly sure how much worse. So I decided to try and figure out a rating system that balances what Standing Stone Games tried to advertise. And remember that the points don't matter... like that exercise bike in your extra bedroom.

Thurwingwath: There is one more place to visit and I think the developers must have skimped out on this zone. There is a little chain of quests following Gandalf to a strange altar. That's about it. The rest of the path has you tracking down Rare Minas Morgul Chests and pages, of all things in Cauliflowerland as I call it because of the white trees on the map. Don't freak out if you think you are seeing faces. Faces of the dead will appear in the white and green fog. You'll eventually find this huge place at the very end with some trees and a few gaunt-men lurking about. If you wander around, it is possible to get underneath the fortress... though there isn't anything down there. You'll want to head to the third floor in the middle to grab a couple of important items. And then you'll want to discover the instance too. 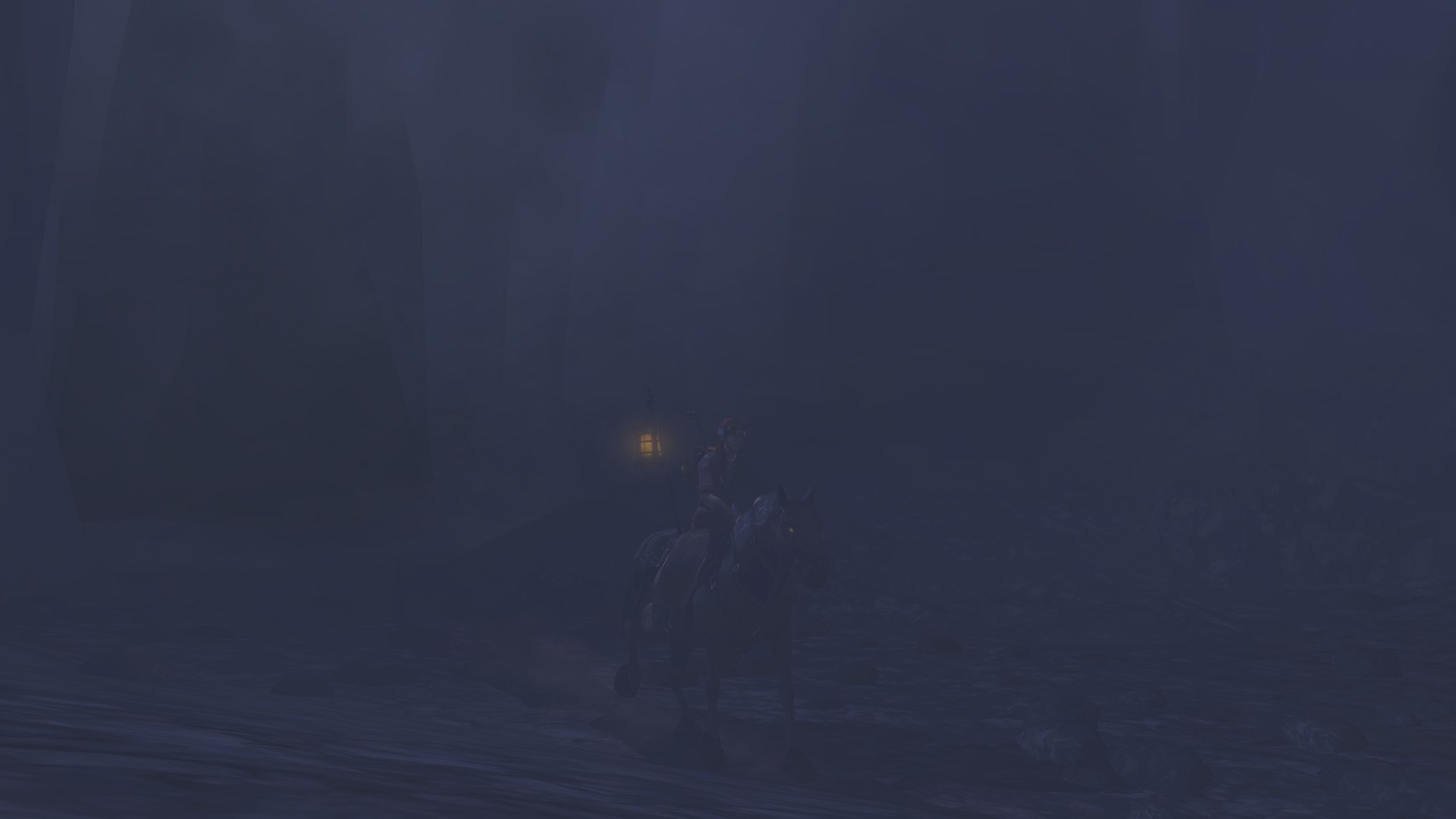 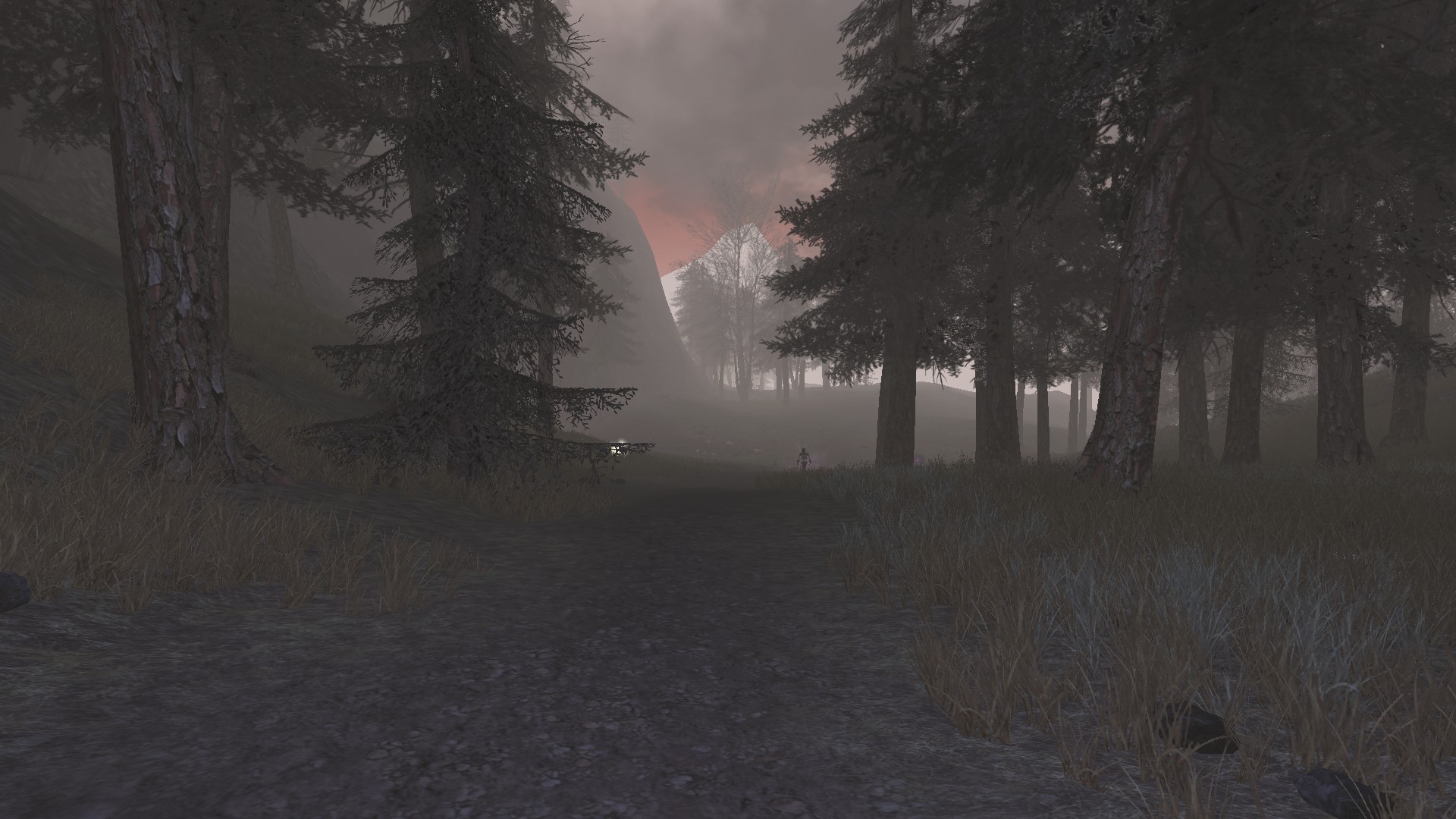 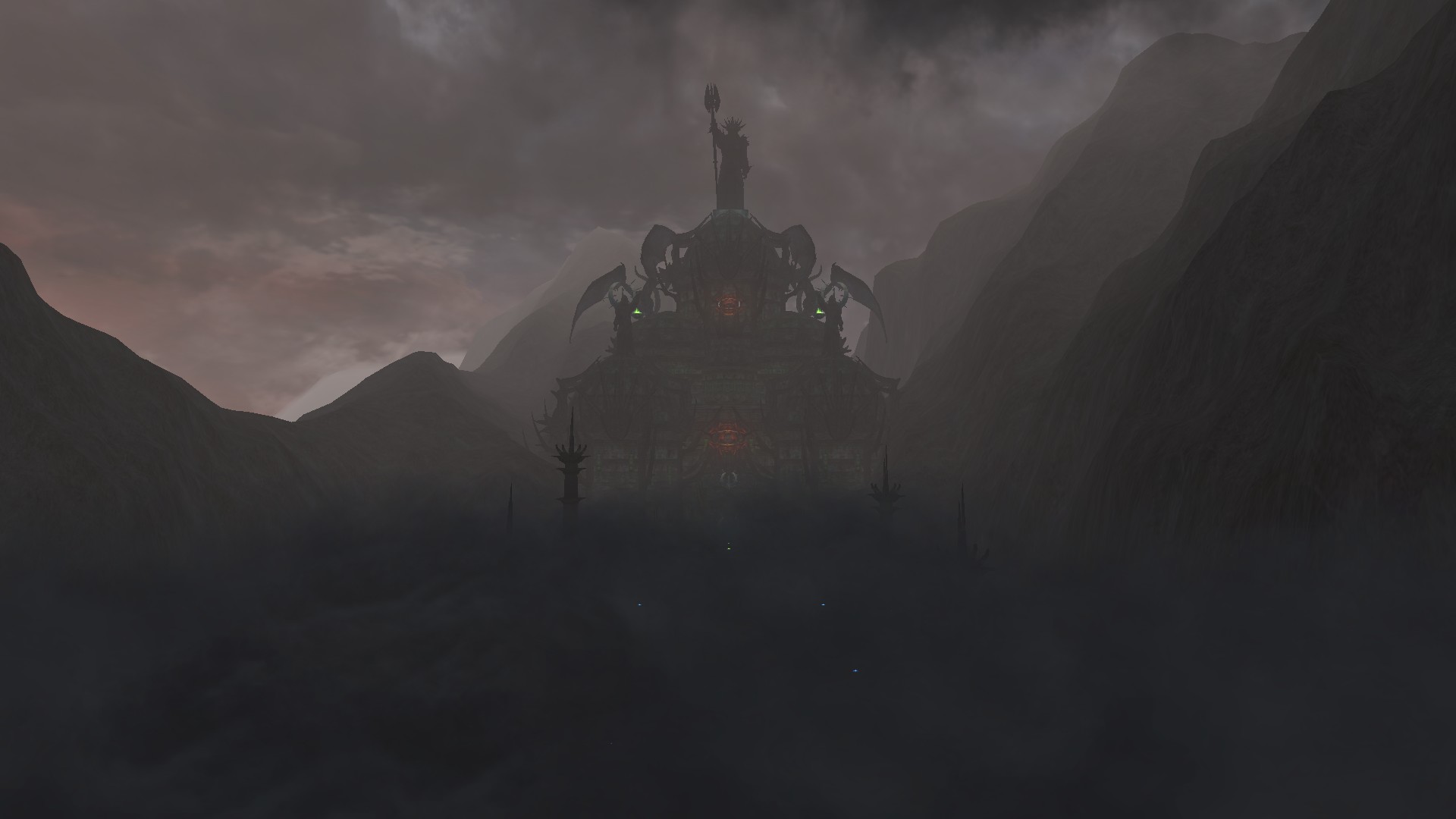 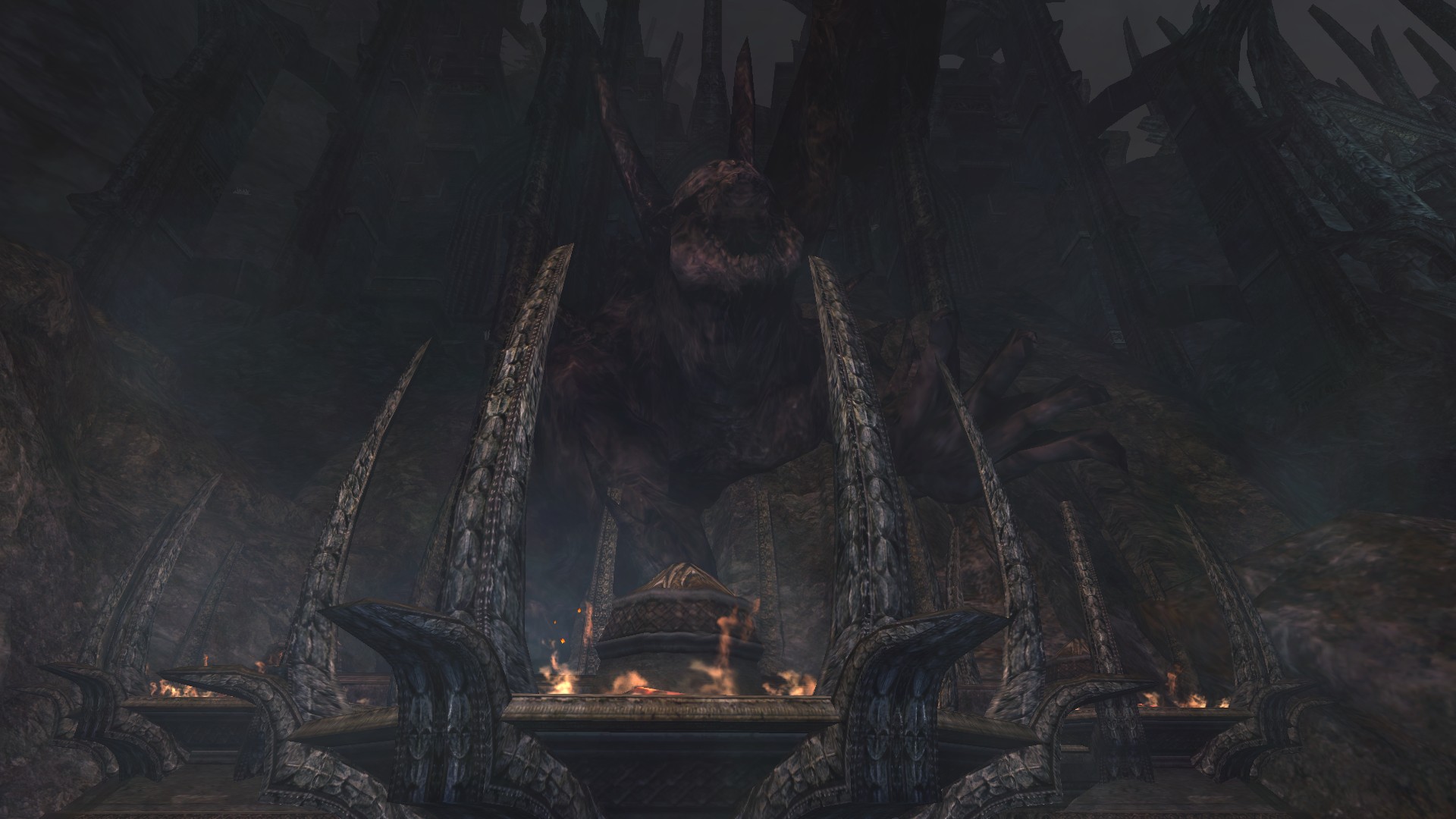 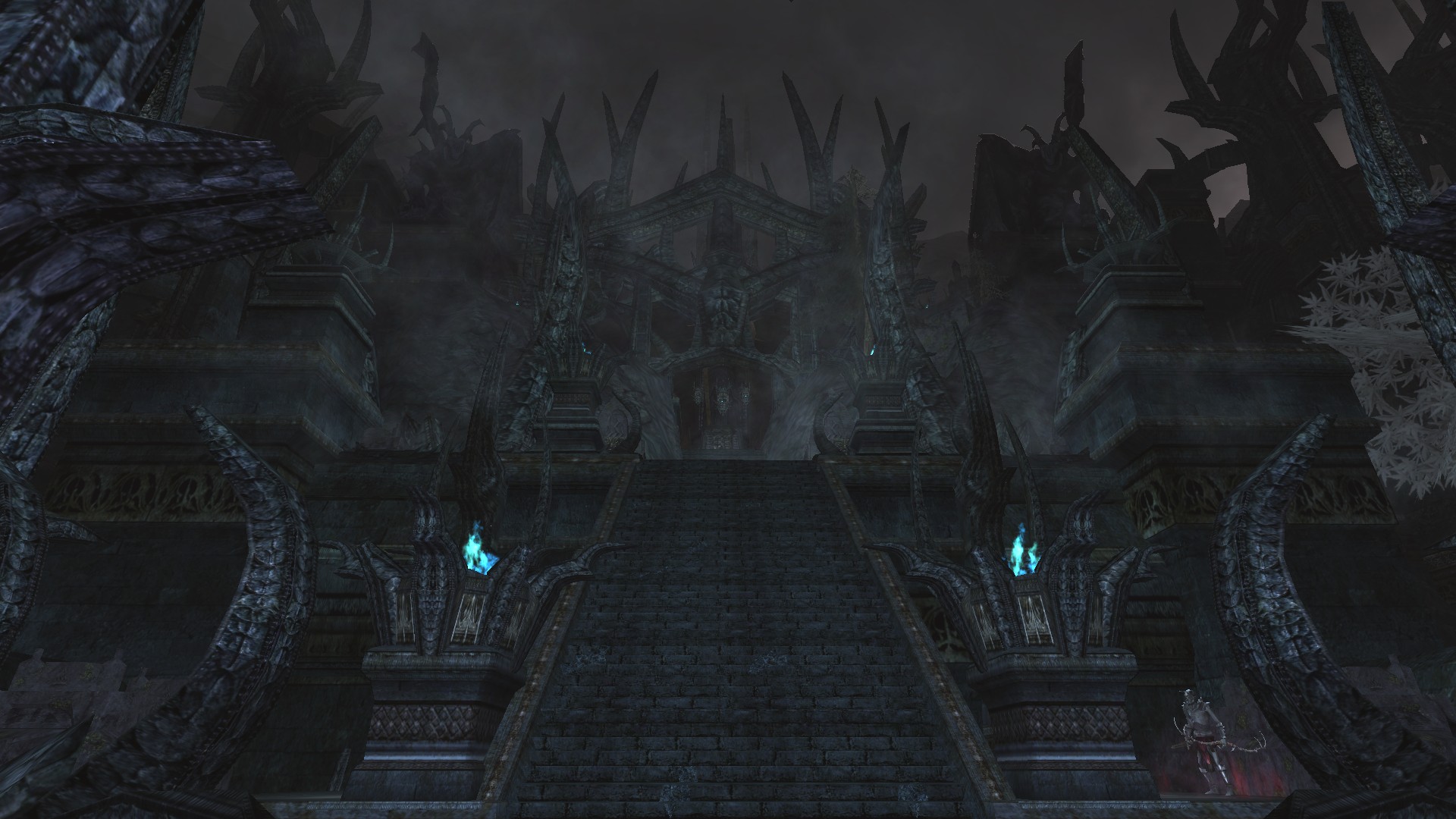 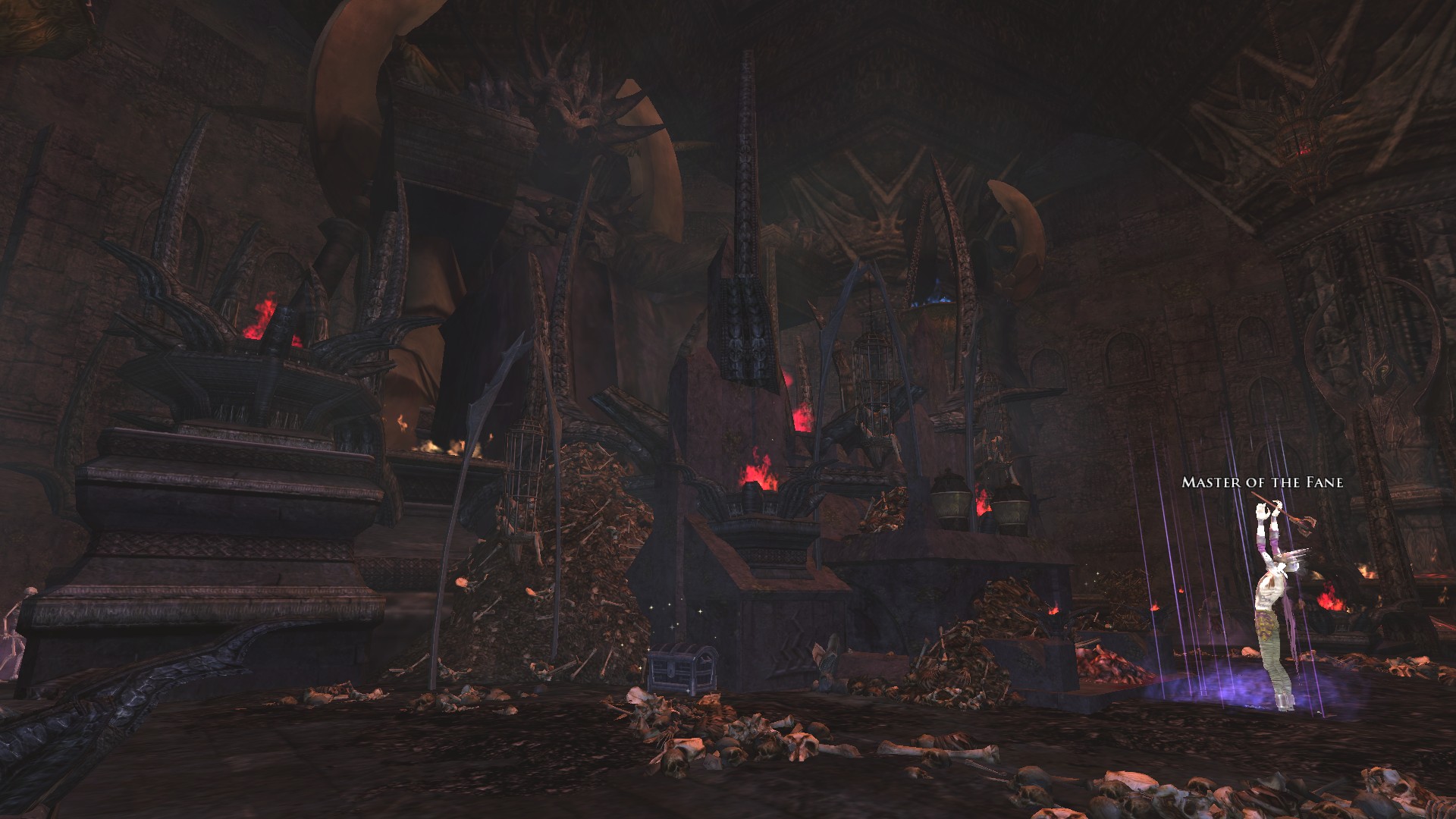 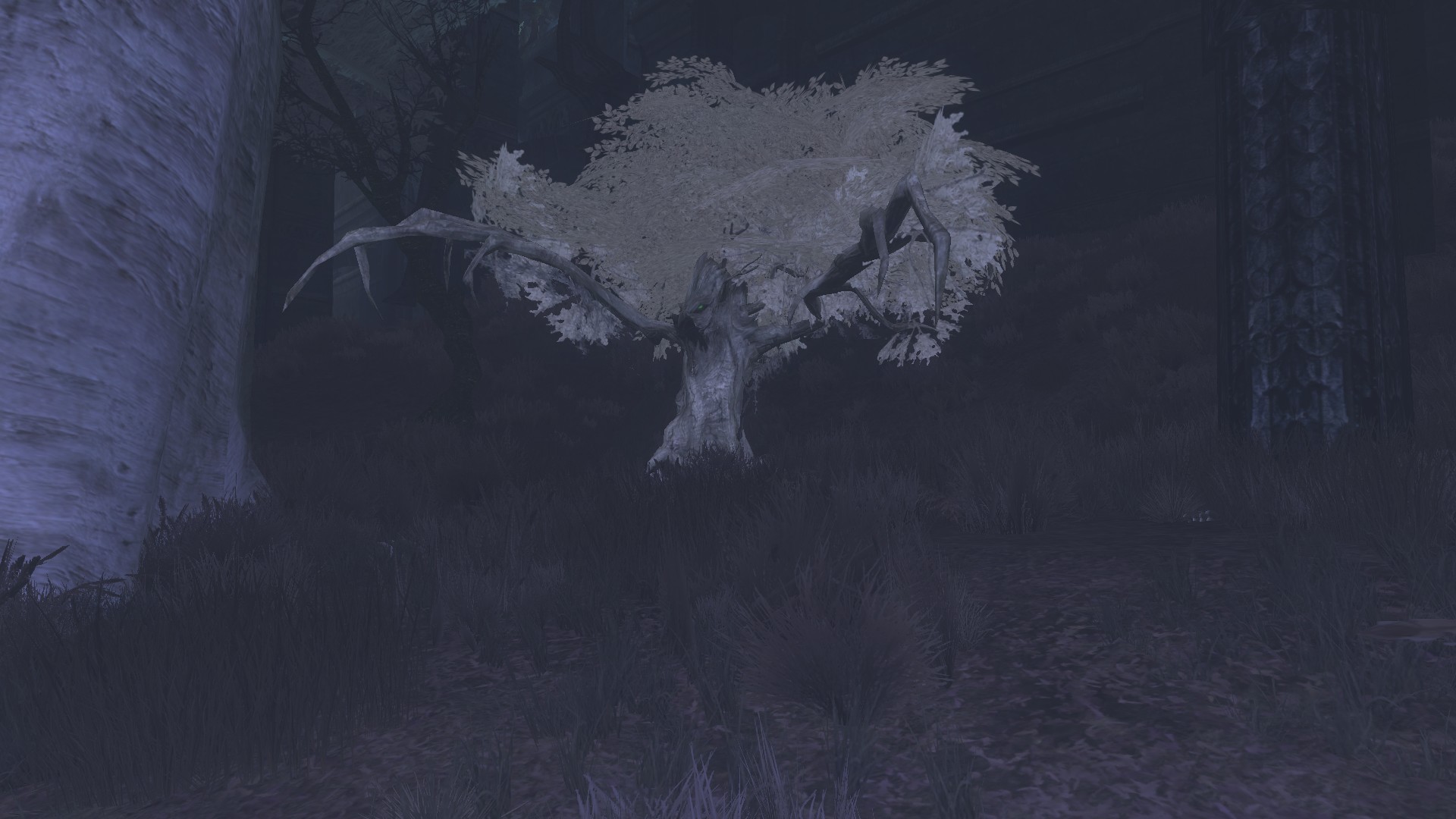 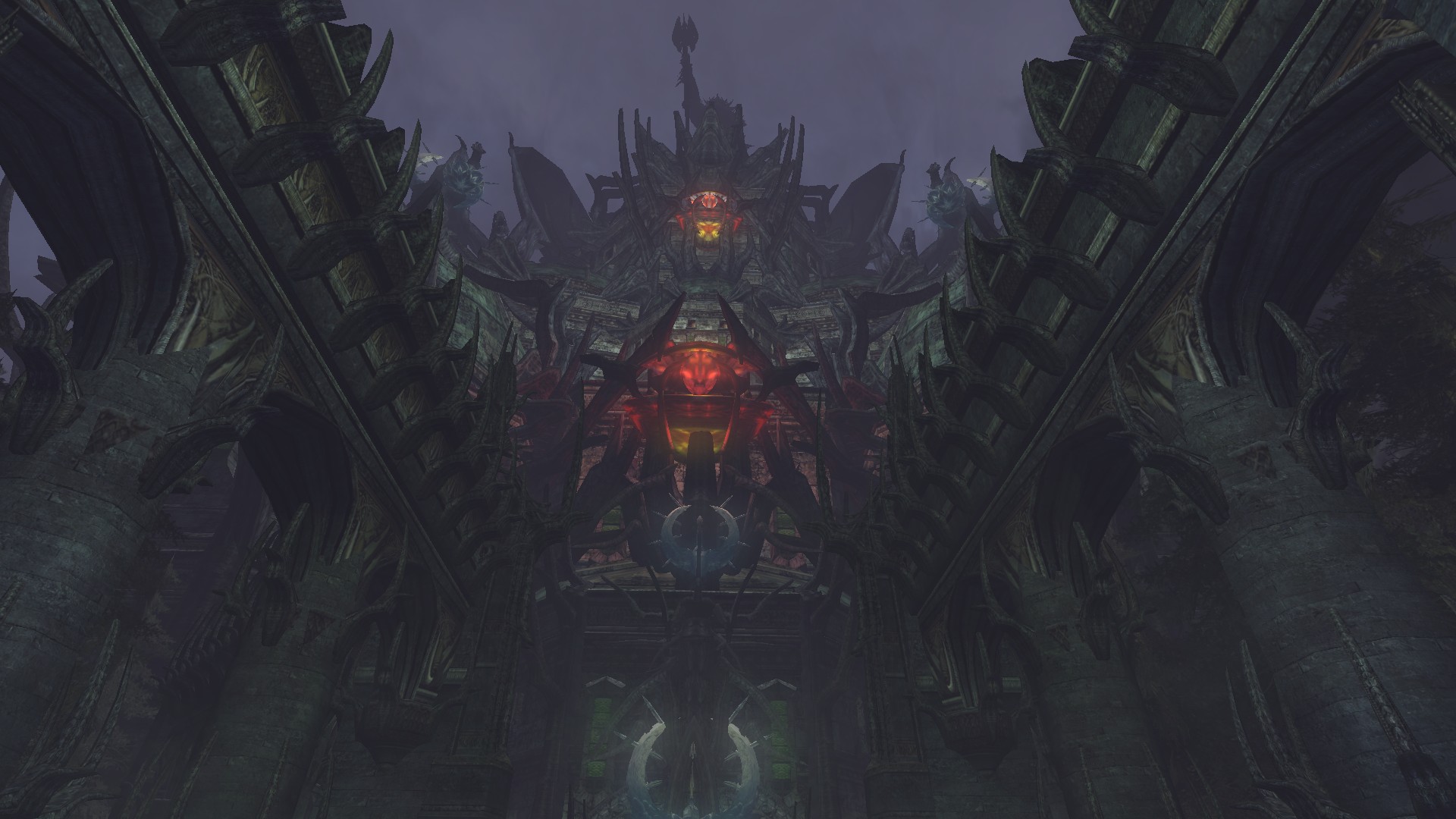 Bar Nirnaeth: The Houses of Lamentation: I don't know about you but the developers definitely put some fine work into this place. Well, except for the fact that people ask the same ridiculous question: "How do I defeat the tree?" Honestly, it gets pretty dumb when a hunter has to remove 5 corruptions from... More

Barad Arthir, the Lofty Watch-fort: Is the air getting kind of thin up here or are those suits of armor moving? No worries. James, my lucky frog will keep me safe. This level might get a little confusing but just recall the fort has giant wooden walls up. Make sure you don't fall through the cracks either. You will live but your legs won't be happy. There are only two possible ways to leave this area and one of them is a highlightable door you can see from hovering your cursor over it. There aren't a lot of quests here since Faramir will eventually leave and head onto the top of Minas Morgul. But you will be visiting this section a lot seeing it is the 4th and final camp you will be claiming in the tower. 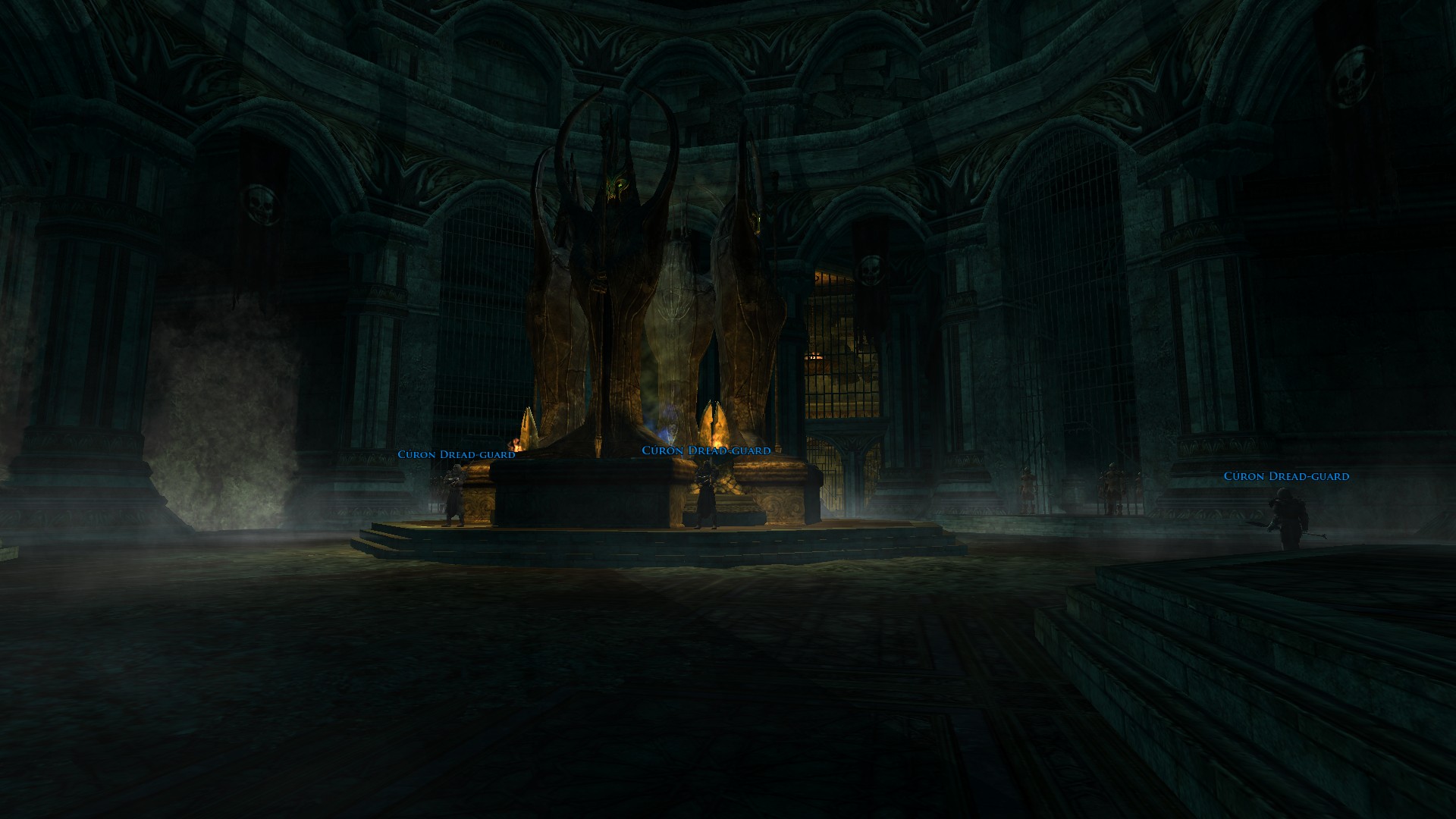 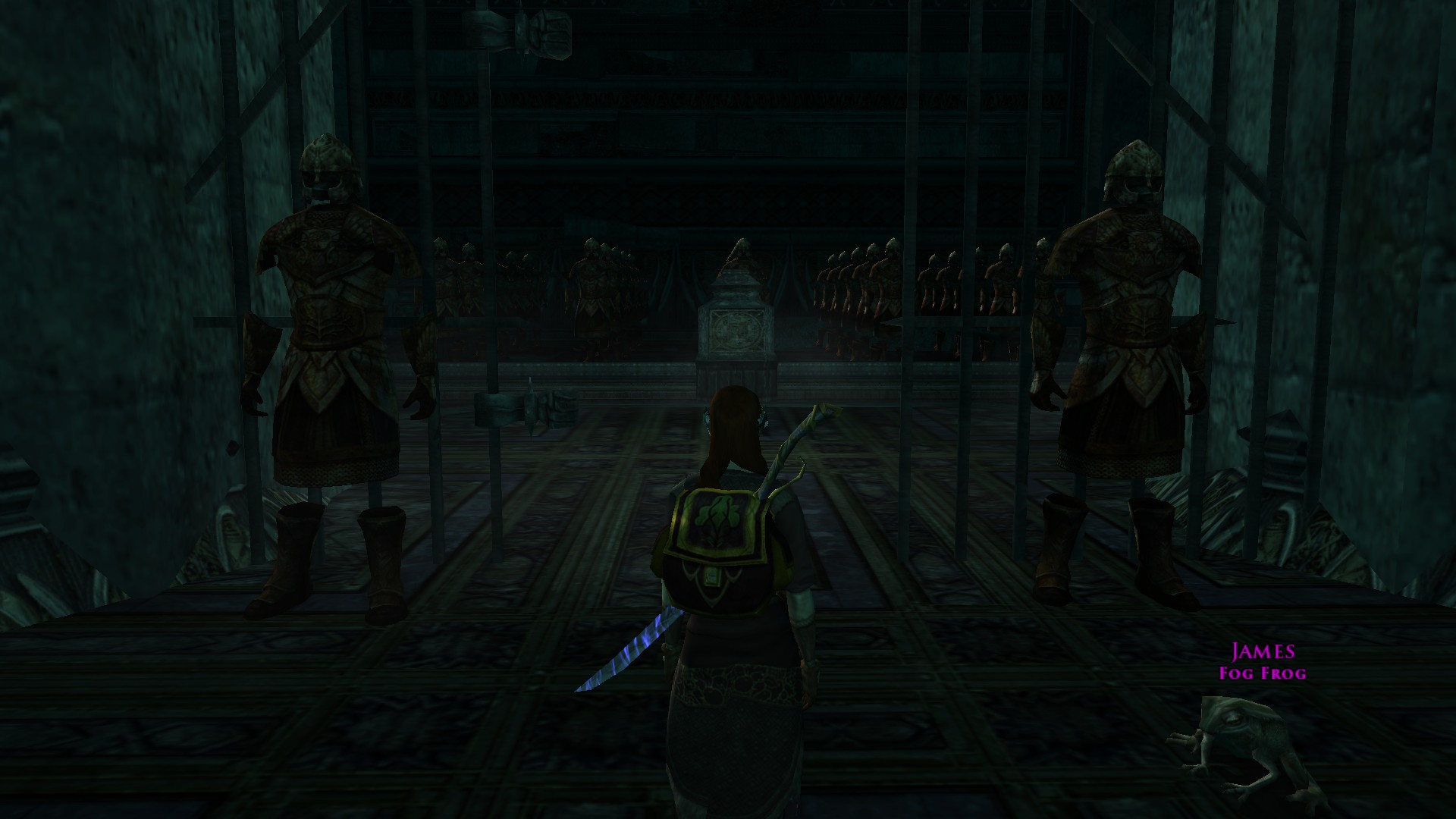 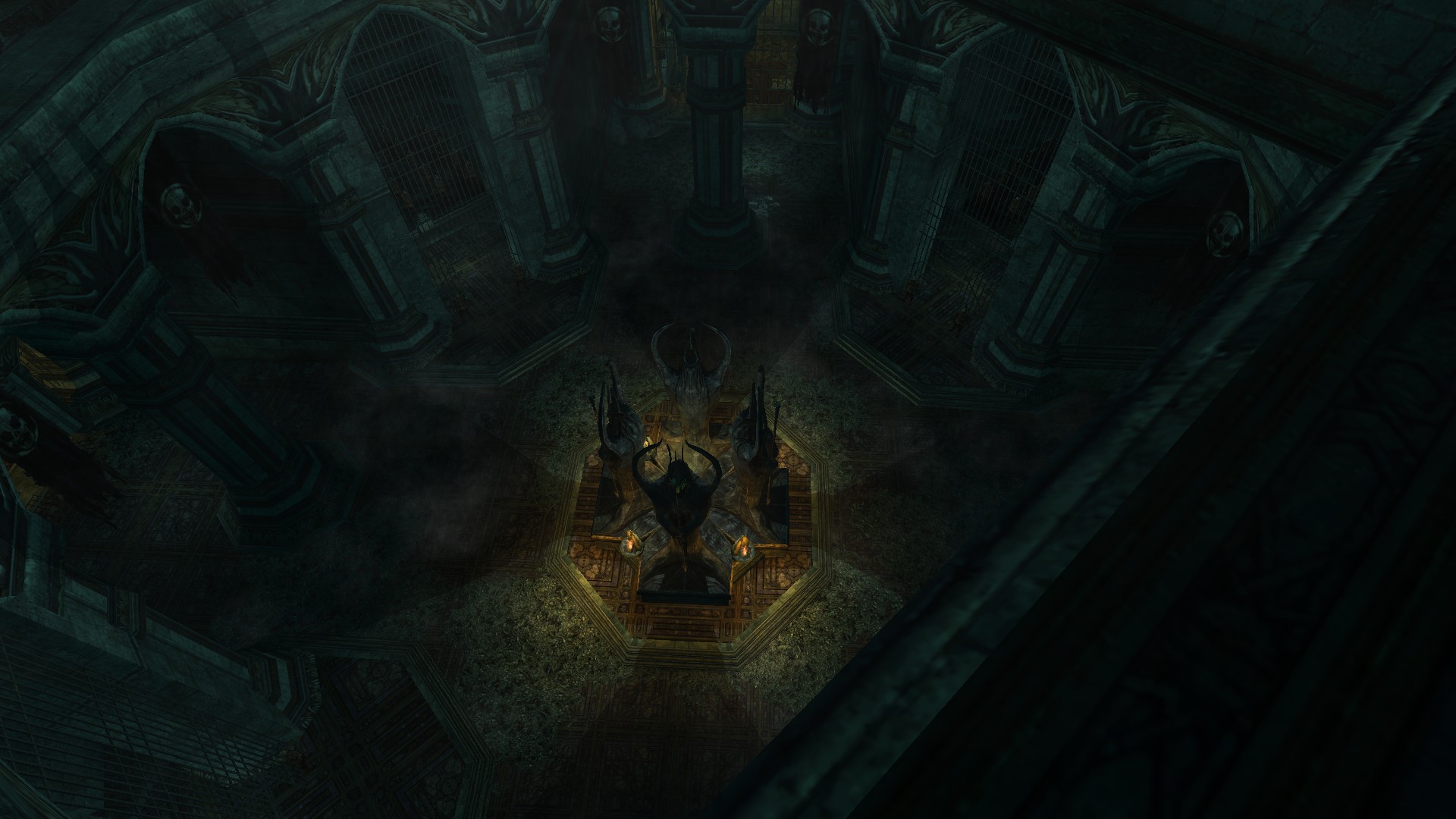 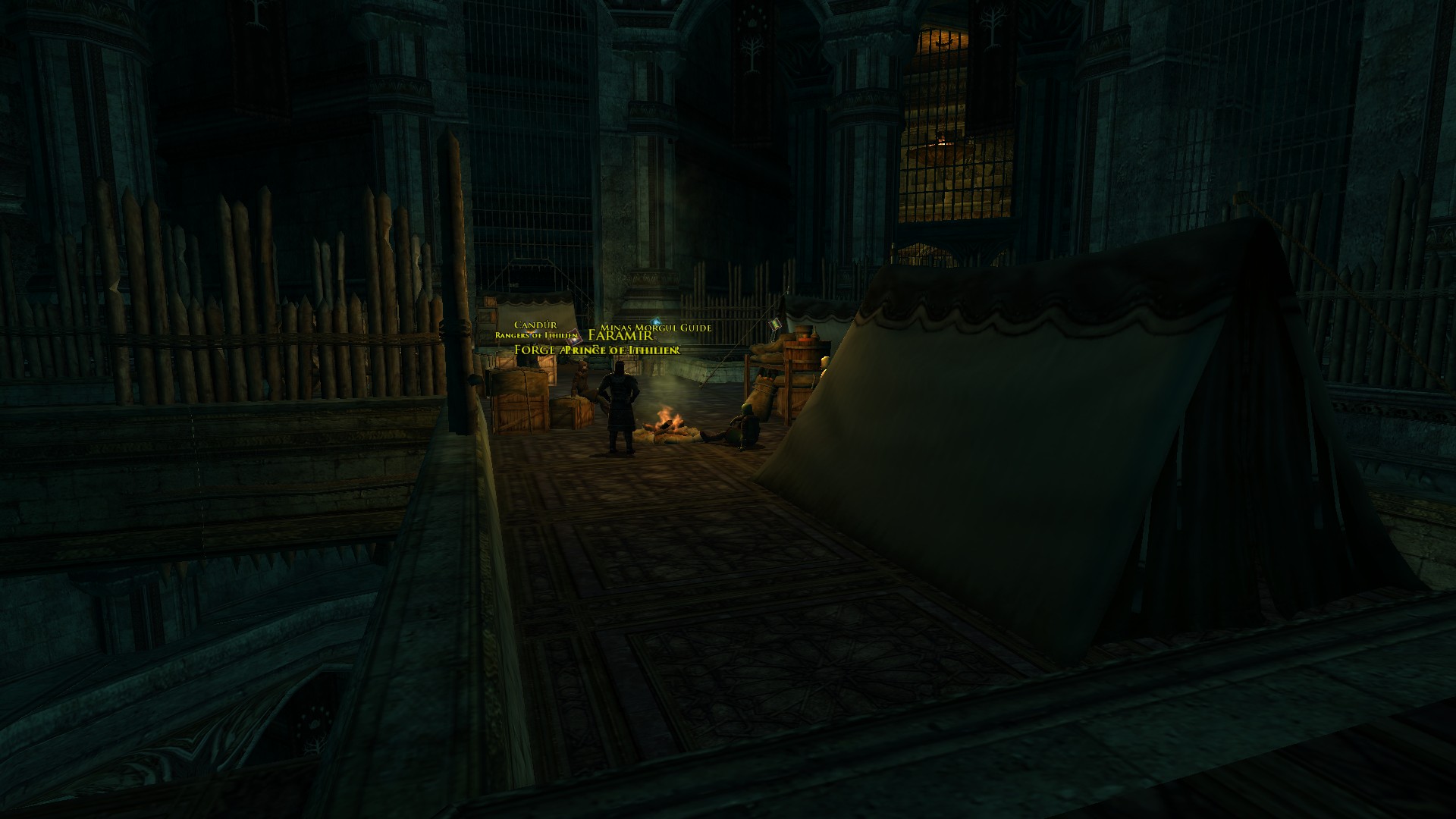 Circle of Despair: This area can be brutal. You have multiple targets, fast respawn rates, and several cases you run back and forth looking for specific targets. You also will have to find the armor wight wardens that carry the components for opening the secret door back in Circle of Sorrow. Use the upper sections to kick ladders and shortcut back to the middle "safety zone". I... More

Barad Elenath, the Star-gazers' Spire: About this time if you've seen one tower you've seen them all. There are a few things that do make this one a tad different. For example, there is a nice touch where there's a shadow from the light that shines from the tower through the bars. Also the Merrevail sometimes hang upside down from their little bat posts. It might be hard to see but you usually can tell when they are floating above the ground. Once you claim the camp, don't wander around too far because the door and camp is by the entrance. 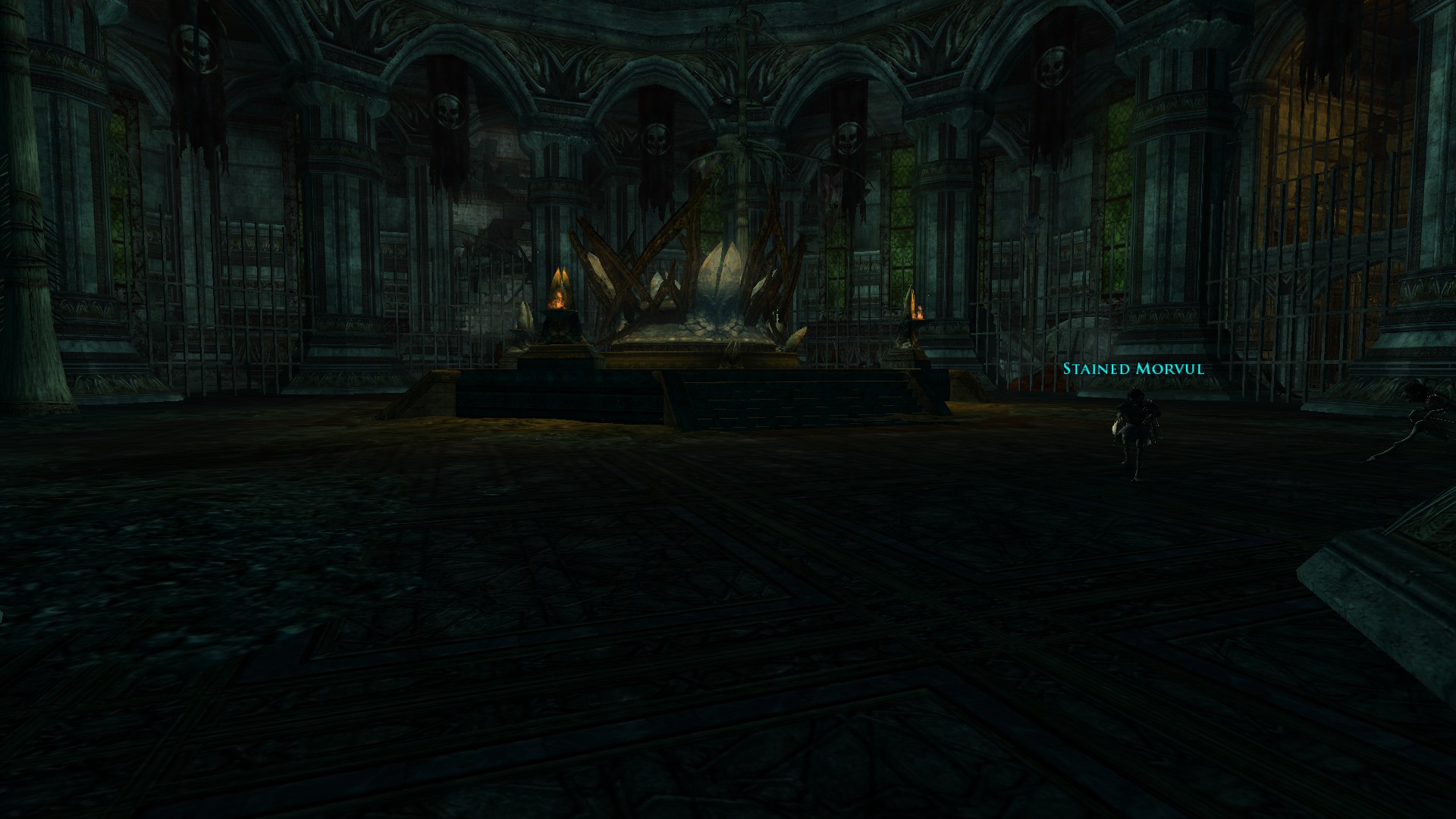 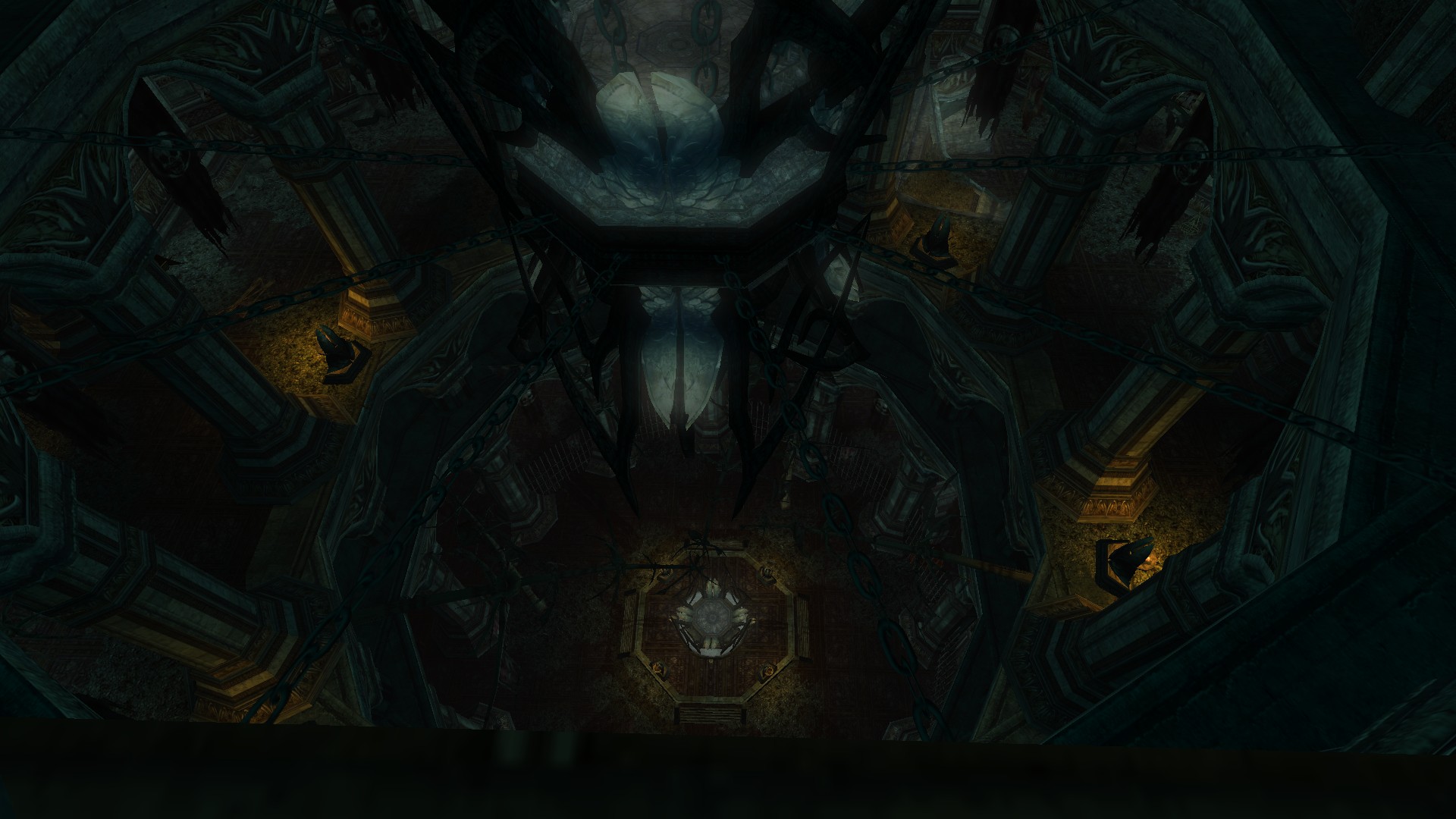 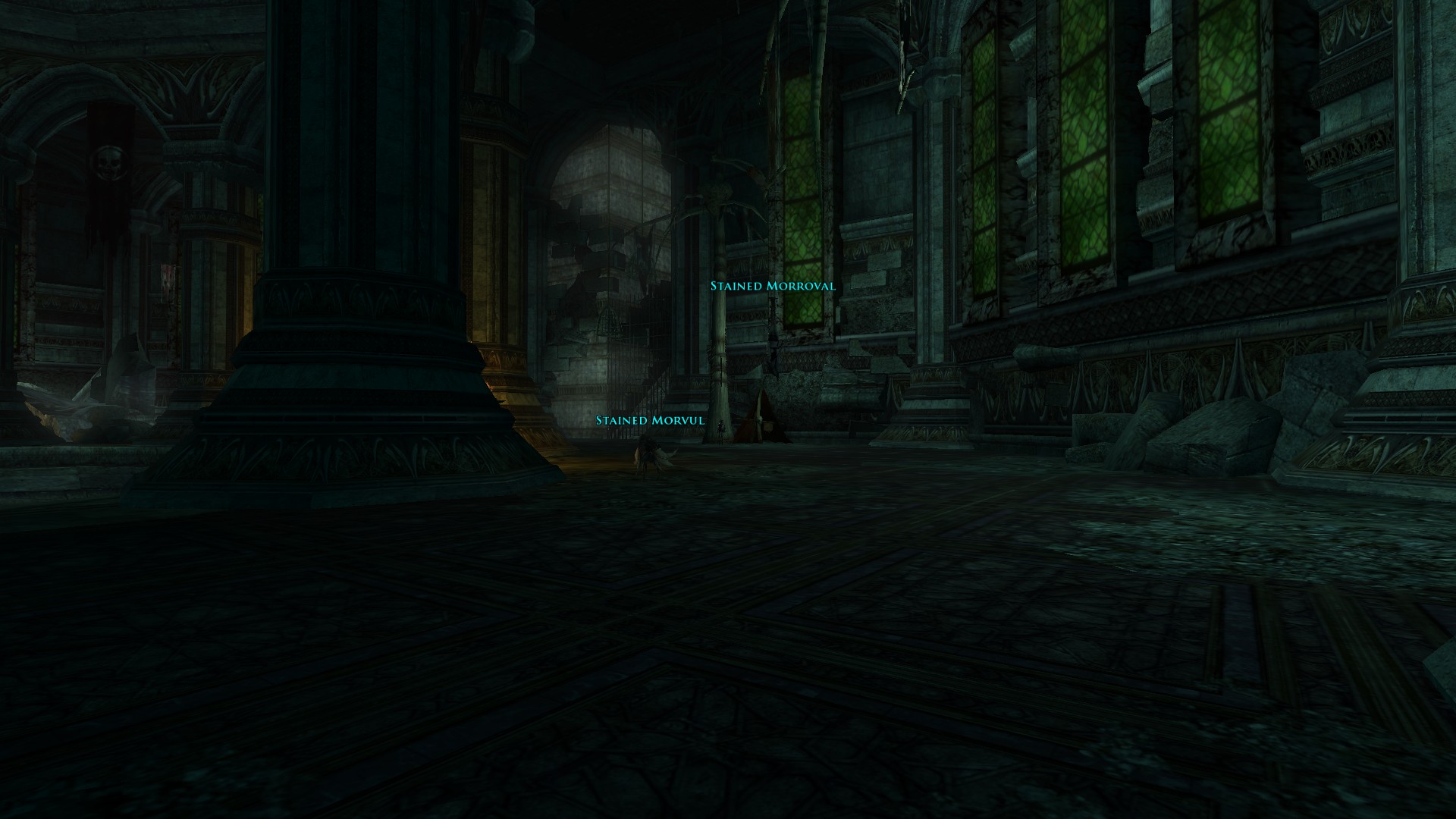 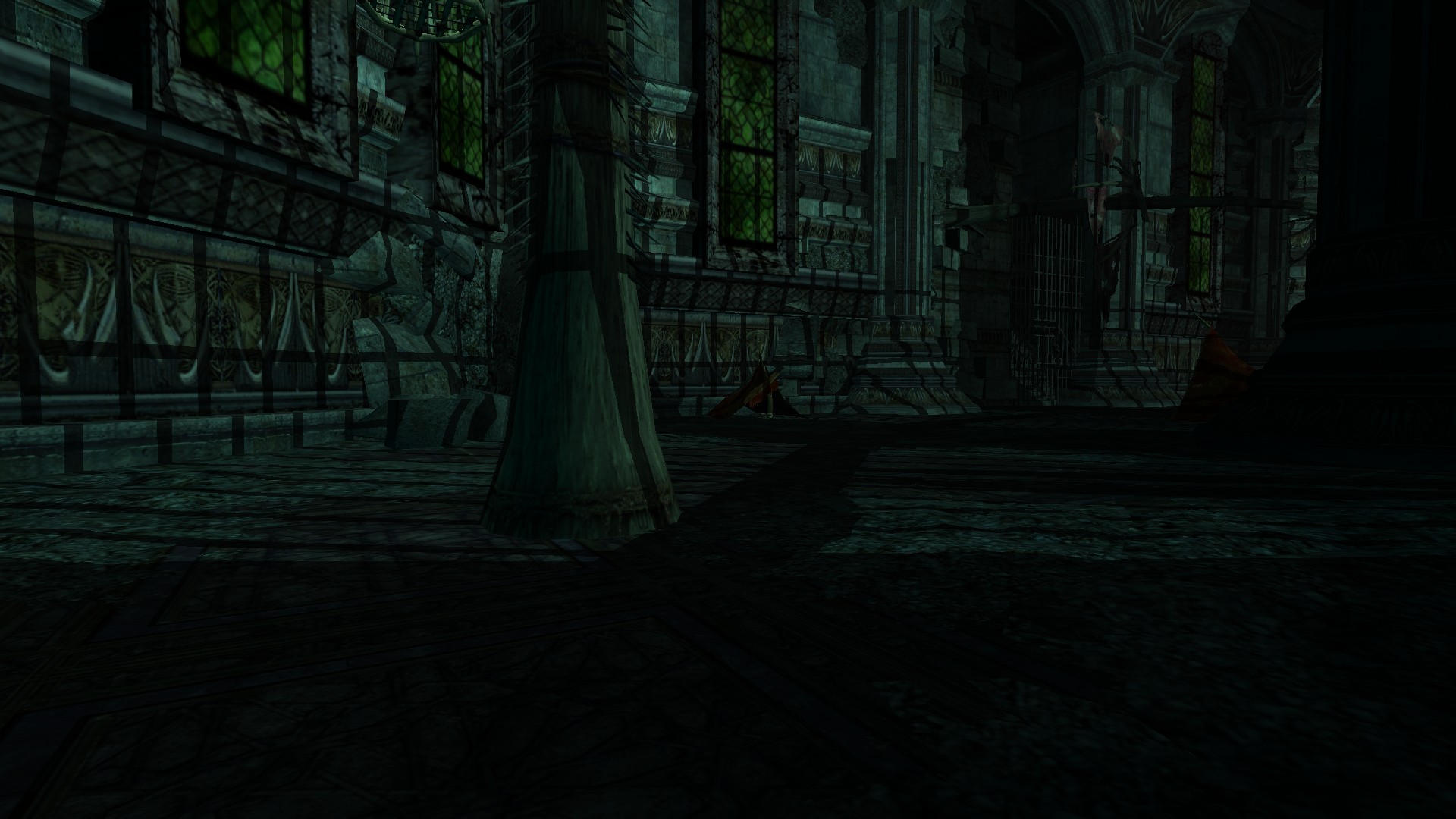 Circle of Madness: Unlike the previous two tiers, this area can be very confusing to get around. Not only does it go half-way up into the extended middle portion but it abruptly ends on both sides of the fortress. This area is known for its crevices where auto-bestowed bosses and rare mordor chests like to dwell. Keep an eye out for those mushrooms too. If you start seeing weeping children, you've gone too far. There's a couple of interesting quests rescuing rangers and shooting down bats with conveniently placed ballistas. I was kind of disappointed that you couldn't go up the orc ladders but then you... More